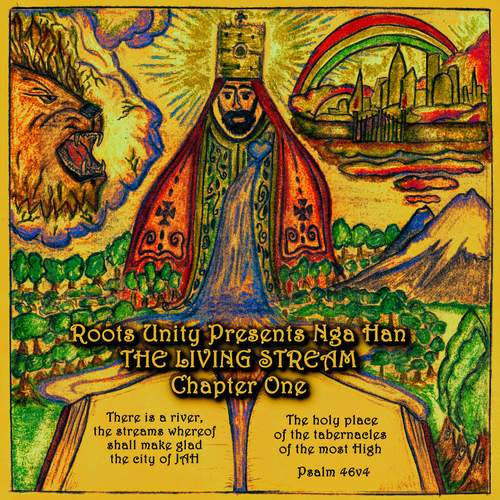 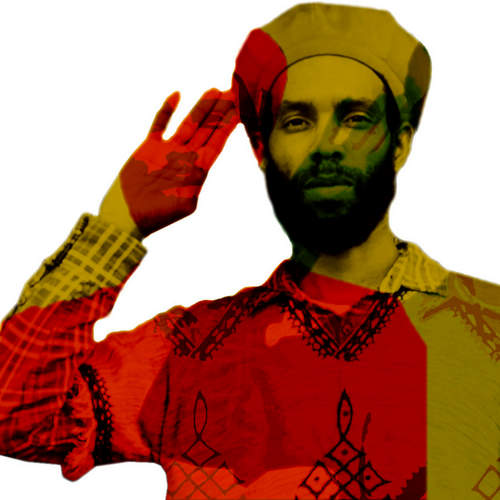 About a year after the release of the album on CD and as digital download,  “The Living Stream: Chapter One” is now also available on vinyl. The LP can be purchased via Roots Unity Music’s Bandcamp page.

True roots revivalist Nga (pronounced ‘Naga’) Han was born in St. Ann, in the Green hill district of Jamaica. He’s a singer/songwriter/multi-instrumentalist, who delivers songs of spiritual consciousness & roots realities and works with production crews in the US and Europe. In 2018, his first full length album entitled “David Stone” was released on Max Rivera’ Roots Natty Records. The music on this debut set draws heavily on musical progressions from Ethiopian Orthodox liturgy, and is delivered in a liturgical, spiritual chanting style.

After that album release Nga Han stayed hard at work, which led to the release of a few noteworthy roots singles including “Way Out” and “Emergence” for Kingston Echo in Belgium, “Go Down” for Earthworks/Jah Works, and “Nazarene” for Roots Unity Music. The latter give a first taste of the now released second album “The Living Stream: Chapter One”, which is the result of a collaboration between the Jamaican roots reggae vocalist and producer Uta Maruanaya of Roots Unity Music, the Netherlands. A third album, produced by Kingston Echo, will be released later this year.

But for now there’s his sophomore studio album, “The Living Stream: Chapter One”. After a first encounter at an Earl 16 concert late 2019, Nga and Uta ended up staying together at Earth Works Studio early in 2020. And even though Uta was mostly busy working for the studio as a dubplate cutting engineer, the vibes were often around and within a short amount of time an album was produced. The inspiration for the album (including its artwork) came from a realization that we’re all in the Creation stream as ordained by the Creator.

Never heard Nga Han’s debut album, but the music that he put out after that release was more than enough to really look forward to its follow up. And indeed, the earliest of listens unmistakably made clear that “The Living Stream” is a great sophomore album, which contains melodic tones and deep rootical riddims, with dynamic harmonies and encouraging words to match. It’s stamped with quality all over and the more you listen to this collection of tunes, the more it unfolds as an impressive spiritual selection. Musically “The Living Stream” is topnotch and diverse throughout. It’s obvious that both the artist and players of instruments have brought out the very best in each other. Some stellar pieces caress the eardrums. These include “Great Honor”, “Zion Place”, “Holy”, “Covering”, and the album closer “Nazarene”, a song livicated to the Christ-Man who is written about in the New Testament books. But also the rest of the tracks are delightful offerings and well worth hearing. This 10-track album is further proof of how immense Nga Han’s talent is.

Conclusion If you're a fan of the late Vaughn Benjamin (Midnite, Akae Beka), you'll surely fulljoy each and every track of this album.