Susan Cadogan – The Girl Who Cried + Chemistry of Love 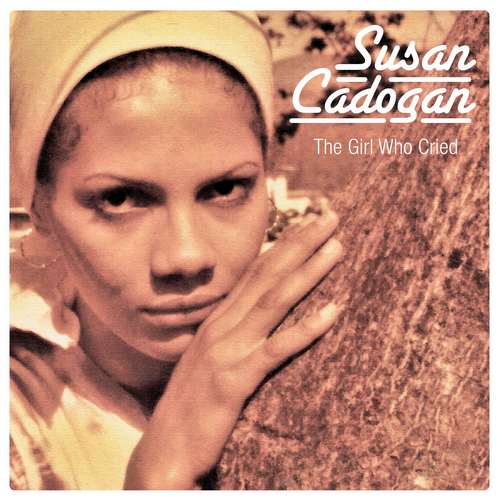 Susan Cadogan – The Girl Who Cried + Chemistry of Love

Susan Cadogan, born 1951 in the Parish of St. Andrew, Jamaica, grew up with the music of US artists such as The Platters, Ben E King, The Supremes, and Gladys Knight. She worked as an assistant librarian, taking a job in the library of the University of the West Indies at Mona. She was always singing, and in 1974 she recorded her first single called Love Of My Life at Lee Perry’s Black Ark studio. Lee Perry spotted her and asked her to voice Hurt So Good, a cover of the Millie Jackson song, featuring bassist Boris Gardiner and the Zap Pow horns. In Jamaica, the song wasn’t a big success, but in the UK it became a popular tune. She went to London to promote her music and signed to Magnet Records. Trojan released the Susan Cadogan album, consisting of tunes recorded at Black Ark. Previously that album was released as a pre-release called Sexy Suyzy.
After a while, she decided to return to her library job. Her output in the ensuing years was far from prolific. In 1983 she did a fantastic tune in combination with Ruddy Thomas, the Harold Melvin & the Blue Notes hit single You Know How to Make Me Feel So Good. She recorded some albums with Glen Adams and the Mad Professor and performed worldwide. In 2020 she realized the project Hurt So Good Storybook Revisited. It captures her doing over her songs from the past. Read review!

This Burning Sounds release can be called very special, consisting of two albums, each with its own remarkable history.
The Girl Who Cried was a 2016 project started in collaboration with Canadian producer Mitch Girio. Throughout the process, there was only telephone contact between Susan and the producer. He made the backing tracks in Canada, Susan recorded the vocals in Jamaica, overdubbing was done in Germany and the final mixing took place in Canada. Unfortunately, they couldn’t find anyone who wanted to release the tracks as LP or CD.
The bonus disc Chemistry Of Love was a JA only release. It was issued in very limited quantities, on the Mint label. Though the album was finished, it was impossible to set up a good distribution deal through legal means, so nothing more happened with the album.
After consultation with Secret Records, an agreement was soon reached to release both albums as a package.

The Girl Who Cried

The album has a 1970s vintage feel, partly due to the use of a Hammond organ and the way the drums are recorded. The opening track –Crazy– is a very catchy song, everything is right with this tune! The remix of this song, which closes this album, doesn’t add much value. We find a number of covers, including Nine Million Bicycles by Katie Melua, arranged and produced by Wayne Armond of the band Chalice. Susan sings a beautiful version of the 1974 soul hit Don’t Burn Your Bridges Behind You. Lay Down Beside You, the cover of the Joe Simon hit from 1971, is performed in a sensitive way, beautiful tune! Lorna Bennett’s Breakfast In Bed is also suitably covered. Not all tracks are winners, but we think I Don’t Want To Play Around, Truth Talkin’ and The Best Of Me are also worth checking out.

This album was a full Jamaican affair. It was produced by veterans Bubbler Waul and Noel Hearne, backed by accomplished musicians such as Sly Dunbar, Danny Browne, Robby Lyn, Scully, and various members of Chalice. The mood is a lot softer here, with frequent use of covers, of which we like Indian Love Call and Kiss You All Over less. The cover of Aretha Franklin’s Until You Say You Love Me is to the point. The same certainly applies to the sultry and sensual performance of Johnny Bristol’s Reaching Out For Your Love (Touch Me Baby). Her performance of David Gates’ Part Time Love is classy. Paul Cadogan, Susan’s brother, also wrote several tunes, of which Chemistry Of Love and Now That It’s Over And Done stand out positively.

Conclusion Value for money, get those 'lost' albums.