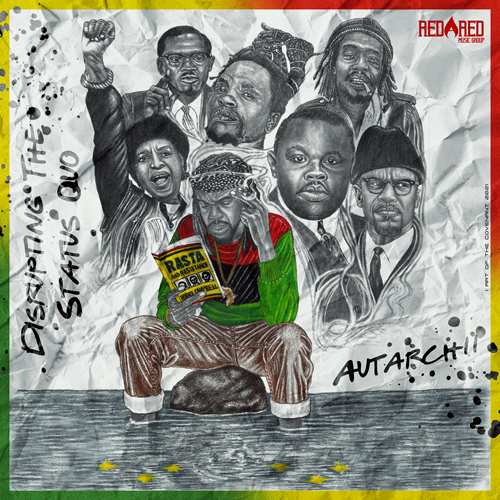 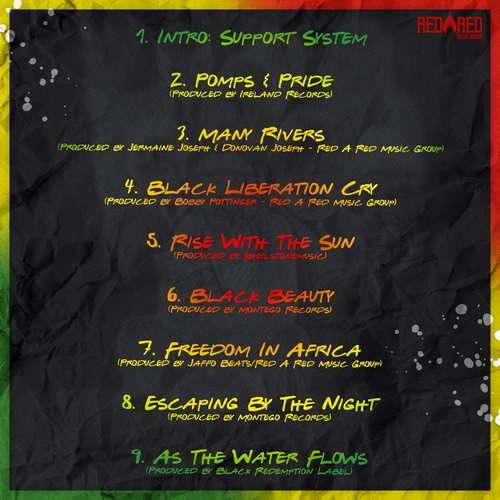 In the golden era of Reggae, it was said that the music reflected strong messages of Rastafari and was the sound of the ghetto, as it, often referenced the dilapidation of the sufferer’s environment. Being the son of veteran singer Donovan Joseph, a member of the second line-up of the group Time Unlimited, and the cousin to the Crown Prince of Reggae Dennis Brown, Autarchii, is adamant about continuing the mission of Reggae’s golden era. The name Autarchii (pronounced Aw-Tar-Chee) is a depiction of ‘autarchy,’ which means absolute rule or power. The lyrics and melodies of his songs seem to be fiery and educational at the same time. However, he is not just an artist but a black revolutionary who uses his music to develop the community. Autarchii is the founder of the Youths Today Scholarship and also “Entrepreneurship Meets Live Music”, which is an event designed to boost self-reliance among black youths.

In 2017, Autarchii released his debut album entitled Land Of The Free, which we – in its review – called “a mind-blowing experience”. Four years after that album reached our desk, Autarchii returns with a brand new project called Disrupting The Status Quo. Since the release of his debut album, Autarchii did not rest on his laurels and has worked hard to achieve further musical growth. This can be experienced while listening to the full-length tracks on Disrupting The Status Quo, which includes the previously released (digital) singles Pomps And Pride (Ireland Records), Black Liberation Cry, Rise With The Sun, and Black Beauty and Black Redemption’s 12″ vinyl single As The Water Flows.

After the, about 1-minute lasting, Intro: Support System, the real opening track Pomps And Pride leaps off the speakers. It’s a motivational song dedicated to everyone earning an honest living, regardless of the nature of the work/job. As Autarchii expresses; “Never let pride get in your way nor obstacles stop you from reaching your destination. Keep your eyes on the prize!” Pomps And Pride sounds delightful and is easily one of the finest tracks on this album. It’s followed by the mighty Many Rivers, which is produced by Jermaine and Donovan Joseph. This track is almost five minutes long and the more you listen to it the more impressive it gets. Next comes the Bobby Pottinger produced message tune Black Liberation Cry, for which the tempo of the riddim has been increased. With this fully convincing track, Autarchii continues to represent the oppressed people of the world.

Produced and composed by Kheilstone, Rise With The Sun is a song of gratitude, encouraging you to start your day right and rid yourself of all bad energy, ultimately allowing radiance to take control of your life. Black Beauty, a true homage to the land of his ancestors produced by Alphanso Henclewood of Montego Records, is more than just a song. It is rather an allegory of African love, the love that the eurocentric media likes to hide. This song highlights the powers of a woman with melanin, the more she embraces her African identity the more attractive she becomes. The ultimate aim is to unite the African family leading to true empowerment. The homeland and the oppressed also come to the fore in the social commentary titled Freedom In Africa and is continued in the compelling Escaping By The Night. The final vocal tune of this collection is delivered across a powerful UK Steppers riddim created by Kai Dub called Fresh Like The Morning. The powerful roots tune As The Water Flows is a real Sound System stomper.