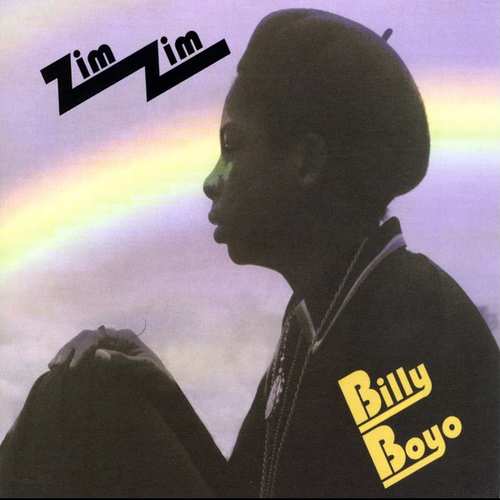 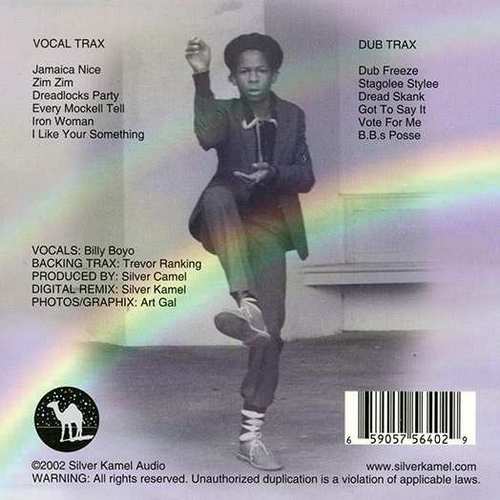 After the recent passing of Silver Kamel, we thought it appropriate to honor him by publishing several reviews of his releases that appeared at the beginning of the new millennium.

If delightful obscurities from the first half of the eighties are your cup of tea Billy Boyo’s album Zim Zim will thrill. In the late seventies Jamaican music had changed its direction from roots reggae to dancehall due to political, economical, and musical developments on the Island. In reaction to political destabilization and increasing economic problems for Jamaica, the music became conservative and inward-looking. The reliance on tried and trusted riddims became more pronounced, while lyrics tended to turn away from social, political and historical themes. Record producers played safe by using riddims and lyrics that had already proven successful in the dancehalls. The changes in the Jamaican public’s mood and taste were clearly reflected by the popularity of young chatters including Charlie Chaplin, Josey Wales, Petro Metro and, most of all, Yellowman. It more or less also explains why such very young deejays as Squidly Ranking, Little Harry and also Billy Boyo were able to show their skill and talent on the mike and eventually on record.

Almost twenty years after the tracks were recorded producer Silver Kamel has finally released Billy Boyo’s second album, the follow-up to the Greensleeves LP with Little Harry DJ Clash Volume 2. Zim Zim is an entertaining showcase album, a set on which vocals are followed directly by their wicked dub versions. The riddim tracks for Zim Zim were supplied by Trevor Ranking to Billy Boyo, who laid the vocals for producer Silver Kamel in September 1983 at I.P.S Studios in Goldhawk Road, Shepherds Bush, London. On this Zim Zim set Billy Boyo shows that he’s a singjay whose style at that time was free and easy, youthful and fresh. Riding the typical early eighties dancehall riddims with a nice flow, Billy Boyo delivers tunes with a lyrical content that mainly deals with his stay in London. Riddimwize the listener is treated to resuscitated versions of Studio One classics Hi Fashion, Queen Of The Minstrel, and Peanut Vendor (probably better known as Sly & Robbie’s Unmetered Taxi), which were used for Jamaica Nice, Zim Zim, and I Like Your Something. Also the riddim for Dennis Brown’s Sitting And Watching is revisited and utilized for Dreadlocks Party.

Billy Boyo’s Zim Zim contains an earful of vocal and dub music that’s well worth the listen. So, don’t overlook this entertaining set!

Conclusion An entertaining set that is well worth the listen.