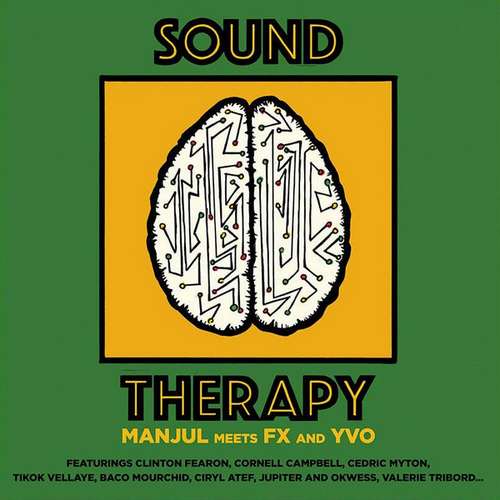 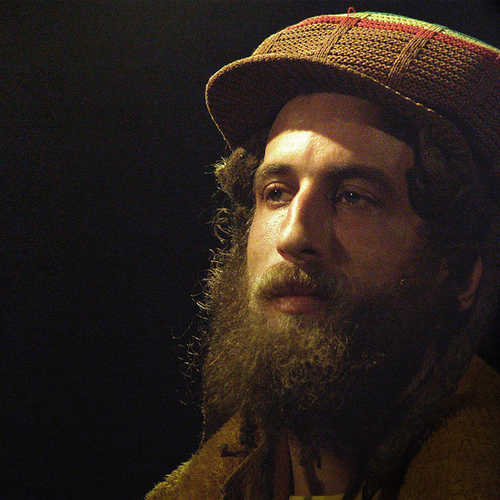 Genius, multi-instrumentalist, singer, producer, mix-engineer and dub master Julien Souletie, particularly in France and West Africa better known as Manjul, has participated in and produced albums for artists such as Tiken Jah Fakoly, Sugar Minott, African Brothers, Danakil, Natty Jean, Takana Zion and many more. Manjul is based in Bamako (Mali) where he set up his own studio. In addition to several excellent releases, Manjul has been working on a fascinating project between 2005 and 2019, the Dub To Mali series. Check the review here.
His latest effort, Sound Therapy, sees him collaborating with French sound engineer François Fx Vilaverde and drummer Yvo Abadi. The illustrious trio has already worked together several times, whereby everyone has been able to shape their vision of music to arrive at an intriguing whole. For this project, recorded in various studios all over the world, a selection of artists from countries such as Jamaica, Congo, Mali, France, and Guyana was used thoughtfully. Hence it is not surprising that the music on this album is an attractive palette of various styles, yet it has become a coherent whole.
This album -some might call it a concept album- is an interesting and very entertaining musical journey, with reggae as the common thread.

Manjul’s compositions are interesting, to say the least. They are often elaborately arranged, with a dominant position for the horns section, he likes to apply sound fragments, tempo changes, dub effects and knows how to use the right vocalist. You have to get used to Manjul’s characteristic voice. He is responsible for four tracks. The opening tune, expertly graced with a smooth horn arrangement, is more or less an instrumental tune with a few shouts from Manjul. The Lion And The Hunter was recorded several years ago and can be seen as a sort of homage to dub poets like Michael Smith, Mutabaruka, and LKJ. The third track with Manjul as vocalist is Somewhere To Be Found. This militant tune calls us to act from love, based on our own strength and conviction. The fourth track is the instrumental (digital release) bonus tune Green Sunshine, a ganja tune with a wonderful and evident musical link to the great Jamaican keyboard players such as Jackie Mittoo, Ansel Collins, and Winston Wright.

The lineup of guest vocalists includes some experienced Jamaican singers. Perhaps the best known is Cornell Campbell, this veteran delivers From My Soul, a song that is one of the highlights on this album. Another song that is without a doubt one of the top songs here is the combination of Manjul and Clinton Fearon, once a member of the Gladiators. Their song, Long Time No See, the longing to see each other, very topical during the current pandemic, grabs you at the first notes and keeps floating in your mind. Cedric Myton from The Congos, together with Baco Mourchild, performs the sublime Set Me Free, embedded in ambient sound effects, bobbing along on a slow reggae riddim. L’Homme reminds me of the dub poet Nazamba, with a dubwise backing and the heavy, penetrating voice of Jupiter Bokondji. Griotic dub, a multi-layered dub workout, with the horns as the driving force, is also one of our favorites.