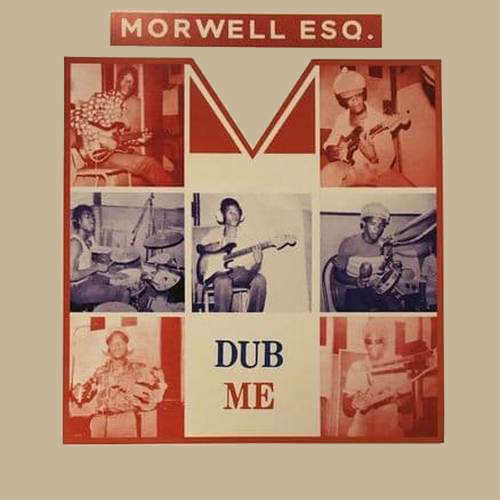 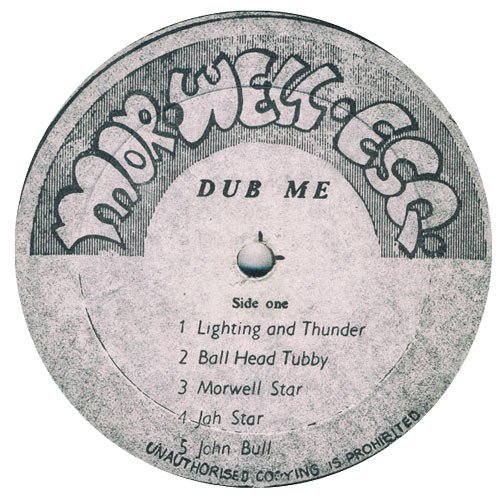 A dub album of Morwell Unlimited aka The Morwells isn’t exactly the kind of album one expects to be reissued as they never reached the stature of vocal groups like The Mighty Diamonds, The Viceroys, The Itals, and The Abyssinians. However, they managed to make an impact on the musical history of Jamaica that lasted way beyond their early days as a struggling roots group and therefore it’s only fair they get the credits and respect they truly deserve. Morwell Unlimited consisted of Maurice “Blacka” Wellington, Eric “Bingy Bunny” Lamont, and Louis Davis. Of those three members, the late Eric “Bingy Bunny” Lamont is probably best known as the guitar player who, together with bass player Errol “Flabba” Holt, formed the Roots Radics in 1978. Dub in the album format really started to make an impact on the reggae market in 1975 and the Morwell Esq.’s set Dub Me was among the first to come out that year.

Now, this classic King Tubby mixed album has been made available once again after Blood & Fire reissued the album on ‘Limited Edition’ vinyl and CD in 1997 with the CD featuring four extra tracks: a further cut to Swing & Dine (Swing & Dub), a version to the instrumental Brentford Rock, (Morpheus Special), the dub to You Got To Be Holy (Ethiopians Special) and the Black Ark-recorded Stepping In H.Q., which is the dub to Mother Long Tongue. Originally issued in Jamaica on the group’s Morwell Esq. imprint, copies of that LP are now extremely scarce to find, especially if you’re looking for decent condition. And even vinyl copies of the aforementioned Blood & Fire reissue are not cheap either. And now there’s this vinyl re-release from UK label Studio 16, which comes in a nice facsimile of the original Jamaican press sleeve with photos of members of Morwell Unlimited in their young incarnations. The original 10-track Dub Me LP primarily consists of dubbed out versions of tracks drawn from their 1975 album Presenting The Morwells. All the riddims are laid down in the then fashionable Rockers style. King Tubby’s mix is suitably mellow and his use of ambient sound effects sparing and subtle.

Dub Me was one of the best dub albums of its time and after all those years is still worth listening to.

Conclusion One of the best dub albums of its time and after all those years still worth listening to.