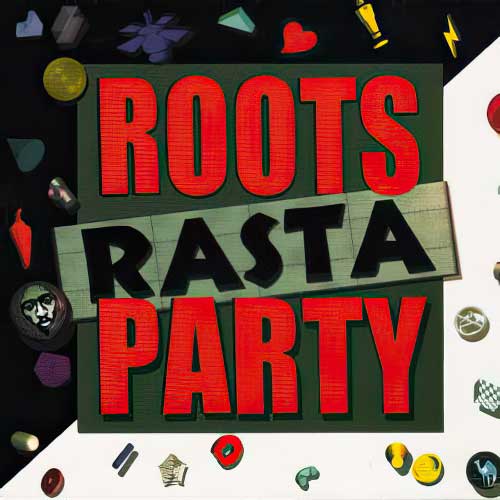 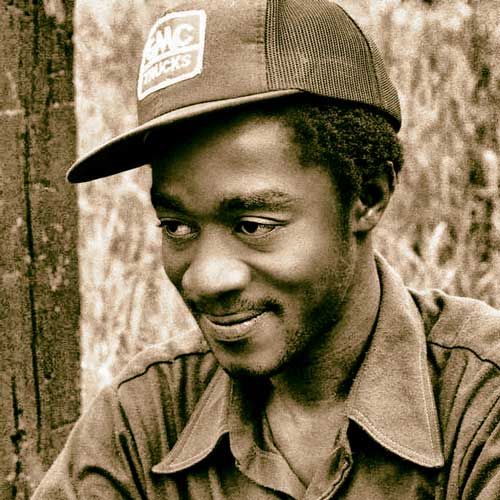 After the recent passing of Silver Kamel, we thought it appropriate to honor him by publishing several reviews of his releases that appeared at the beginning of the new millennium.
Very recently we posted the reviews of Billy Boyo’s Zim Zim, Phillip Fraser’s set Blood Of The Saint and Screechie & Kojak’s album. The last one is the various artists set Roots Rasta Party. All tracks on this cd are presented ‘inna showcase stylee’ i.e. vocal version followed by deejay and/or dub version.

First track on Roots Rasta Party is Cornell Campbell’s wicked tune from 1976 called I Heart Is Clean. This Winston Holness aka Niney The Observer produced track sees the falsetto-voiced singer in very good shape as he seemingly effortlessly rides the ‘My Heart Is Gone’ riddim, which is expertly laid by The Aggrovators and mixed by the great King Tubby. The latter’s unique talent at the mixing board comes to full expression in Zinc Fence, the entertaining dub version of this Cornell Campbell tune. Roots singer Phillip Fraser (also spelled Philip Frazer) is featured with two self-produced songs. This stalwart of the Greenwich Farm music scene had already enjoyed notable success in Jamaica when he linked up with the Silver Camel Sound System based at the 100 Club in London’s Oxford Street. When the Sound System went into distribution and began releasing a number of roots hits it secured the release of Fraser’s Blood Of The Saint (included here) and a rare compilation titled Loving You. First drops Bad Boys, a great message tune with the singer wailing over a strong roots riddim laid by Soul Syndicate. The vocal version is followed by Jah Standing Over Me an excellent cultural toast of the deejay duo Peter Ranking & General Lucky and then the dub version, worth hearing for the bassline alone. Secondly, there’s the awesome Blood Of The Saint across the ‘Real Rock’ riddim, with Prince Alla – another successful roots artist from the Greenwich Town/Farm area of West Kingston – delivering a matching cut entitled Boss Man. And it’s again a wicked dub version from Scientist that rounds off in fine style.

The next two tracks are produced by Nkrumah Manley Thomas better known as Jah Thomas. One of the highlights of this set is Linval Thompson’s Gun Talk, a great reality tune from a singer who was strongly influenced by his long-time friend Johnny Clarke, Horace Andy, and Dennis Brown. After Linval Thompson’s piece more niceness on the same riddim from new deejay King Rolex (not to be confused with the singer Rolex), who delivers the striking Everyday A Shot Dem Bus. Barry Brown, a gentle-voiced roots singer with an intimate, captivating style, delivers a splendid roots tune called Peace And Love, with Ranking Toyan taking care of the deejay version titled Judgement Time. So far we have been treated to some really good tunes, but the best has yet to come. It’s the vocal group Mighty Threes that deserves full attention. Their wonderful album Africa Shall Stretch Forth Her Hands was released by April Records in 1978, but that’s about all we know of them. Here they are present with two gems, Sit Down And Reason and the impressive In The Sun, both followed by solid deejay cuts from Ranking Trevor. The phenomenal discomix from Paul Blackman and the late Augustus Pablo rounds off a great collection of tunes.

Conclusion All in all an entertaining compilation set sure to find favor with all fans of roots reggae revive stuff.