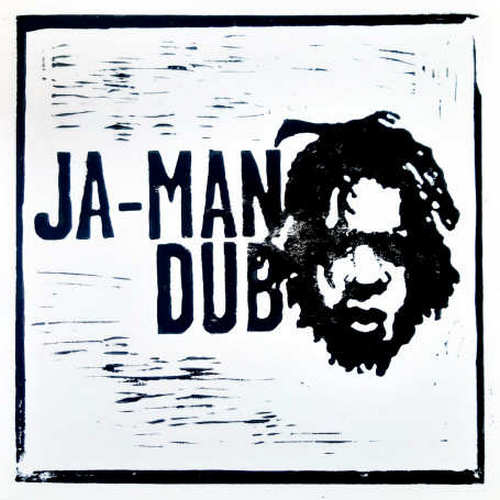 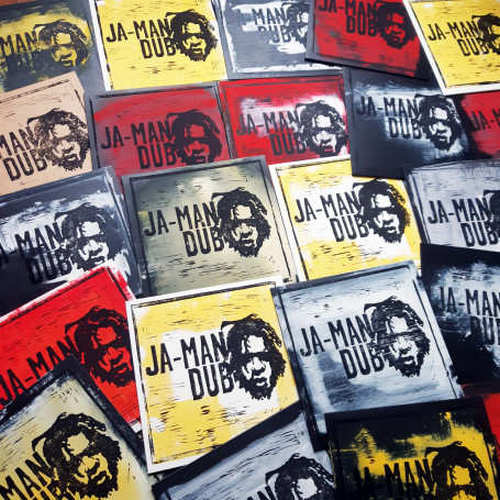 Onlyroots, the French distributor, record label, and record shop, have acquired a limited number of copies of Jammyland’s 2016 reissue of Ja-Man Dub, the very rare, Dudley ‘Manzie’ Swaby produced LP, originally released in 1977. All tracks of the latter were featured on the In The Dub Zone CD, released by the defunct reissue label Blood & Fire in 2003. Because the reissued LP was released without a jacket, Onlyroots have created a cover for it which is printed using the old skool linocut process, so due to the technique employed, none of them are exactly the same.

Things get started with Herb Cutter, the dub version of the riddim used for Ronnie Davis’ Medley, which versioned a trio of John Holt Studio One classics; Hooligan, A Love I Can Feel, and Stranger In Love. It’s followed by Dread Nut Chalice, an adaptation of The Beatles’ I’ll Be Back, first covered in Jamaica by The Paragons for Treasure Isle. The underrated Dave Robinson voiced the version on this record as Jah Know for Manzie in 1977. Well Black is a classic slice of Channel One Rub-a-Dub built by Manzie himself but never sung over by any vocalist for a Ja-Man release, while Fire Bun dubs up the riddim from Freddie McKay’s Ja-Man 7″ single Darling Ooh (Your Love Is Amazing), a cover of the Delroy Wilson hit for Studio One.

The first track on the other side is Half Ounce, a classic, early Dub based on another Delroy Wilson hit for Coxsone Dodd, I Don’t Know Why aka Movie Star. It was Alton Ellis’ sister Hortense who, in 1976, hit with Super Star on the Ja-Man version featured here. Other Manzie productions on this riddim include Trinity’s River To The Bank, Blazing Fire’s Step Out Of Babylon, and Ranking Spanner’s Uptown Thing. The second track, Big Spliff, is another signature Channel One Dub, never released with any vocals by Manzie, but used to great effect by Earth & Stone on their 1977 Hitbound single Run Home. Next comes Rasta Feeling, the dub version of the riddim that underpinned Bim Sherman’s 1977 smash for Manzie, Mighty Ruler. It’s actually a relick of The Heptones’ Studio One classic Tripe Girl. Bush Weed showcases Skully Simms’ percussion skills over a version of the riddim from Ronnie Davis’ version of Horace Andy’s Fever. Manzie also produced Clint Eastwood’s Action on the same riddim. The last track of this side, Don’t Get Crazy is a unique mix of a rolling Dub that Manzie never utilized for any vocalists, though the riddim may sound familiar to the ears.