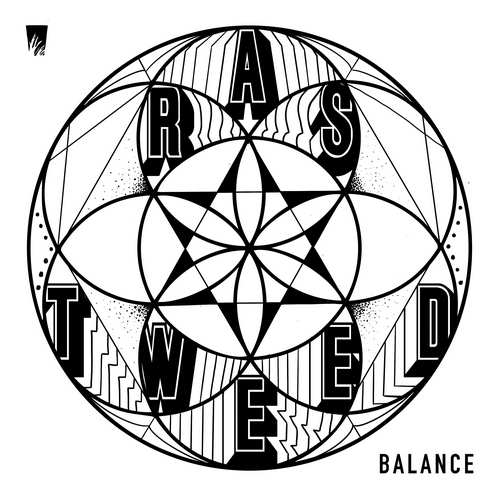 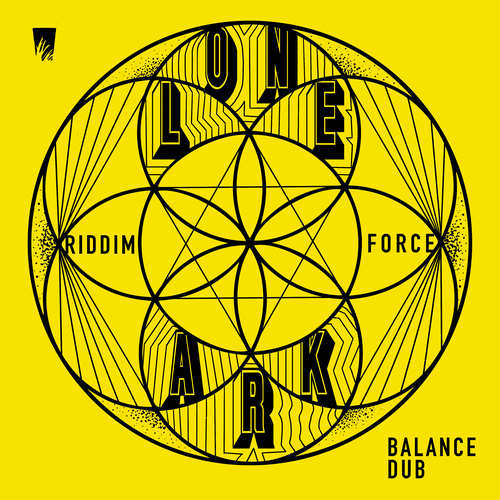 Born in Birmingham UK, Kevin Tweed better known as Ras Tweed is an international artist who has been involved in various Electro/Dub projects all over Europe and has played massive international stage shows with Rockers HiFi, Overproof, and Kruder & Dorfmeister amongst others. Living in Montpellier, France, he is now a fixture of the French roots reggae scene as mic man for Salomon Heritage Sound System with whom he has released his first solo LP Mek A Raise in 2014. He’s probably best known for his UK stepper scorcher Watch What You Put In A Rizla.

Almost exactly a year ago, A-Lone Productions presented Ras Tweed’s 7″ single entitled Balance along with Lone Ark Riddim Force’s Balance Dub on the flip side. Now these two tracks reappear as the title tracks of Ras Tweed’s sophomore studio album and its dub counterpart which both have been produced, recorded, and mixed by Roberto Sánchez at A-Lone Ark Muzik Studio, with the exception of Style Scott’s drumming on the tracks Bide Up (with the Kette drum played by Skully Sims), Balagaan, I Don’t Know, and Fyah Pon Gun and their respective dub versions. These were recorded in 1981 at Channel One Recording Studio on Maxfield Avenue in Kingston, Jamaica (courtesy of Thompson Sound). All songs are written by Ras Tweed while all the music is composed and arranged by Roberto Sánchez except People which is credited to Channel One producer Joseph ‘Jo Jo’ Hoo Kim.

After the vocal selection has taken off with the gorgeous Bide Up, which comes over a riddim known from Sylvan White’s scorcher Come Now Africans, the avid old skool roots lover will encounter more than enough to fully like this Balance set. Vocally Ras Tweed makes a good impression with his distinctive voice that perfectly well fits the appealing riddims he’s been offered. But also the artist’s conscious lyrical delivery makes each song worth hearing. Bide Up is definitely one of the best tunes on this album, but also amongst the remaining ten tracks you’ll find some outstanding tunes to fulljoy. The first one is the second track of the opening lot titled Balagaan (apparently meaning messy/chaotic/disorder). Its power comes from a Ras Tweed smooth delivery as well as from its strong lyrics. The next highlight is the previously released single Balance which is a useful song in provoking and activating thought. The first track on the B-side, Gone Abroad, is a sublime slow-paced message tune which is followed by the killer Fraud Inna Me Yard by veteran deejay U Brown who takes the listener back to his heydays in the late ’70s/early ’80s. The song People, across the relicked In Cold Blood aka Licking Stick riddim, is simply beautiful to listen to and is a personal favourite. The riddim that underpins the superb I Don’t Know sounds very familiar to the ears, but just can’t remember for which song(s) it was previously used. The LP comes to its end with the very strong Fyah Pon Gun over the relicked riddim of Hemsley Morris’ 1968 rocksteady hit Little Things which was previously used for Alpheus’ tune From Creation.

Not a ‘two-in-one album as was the case with Ras Teo Meets Lone Ark’s Ten Thousand Lions, but two separately released vinyl platters. Roberto Sánchez is no rookie when it comes to producing worthwhile dub albums (think: Baay Faal Dub, Creation In Dub, Oil & Water In Dub, the aforementioned dub version of Ten Thousand Lions, and the dub works on various Showcase albums). All of his dub works have shown that he’s a true master in perfectly recapturing the vibe and feel of Jamaican dub music from the ’70s and ’80s. Further proof is the 10-track LP Balance Dub, which is ear candy for the old skool dub heads. Some of the tracks are dubbed up versions of the riddims, while others have snippets of Ras Tweed’s vocals going in and out of the mix. All dub versions are superbly done and sound really good throughout.

Conclusion Both, the vocal set and its dub counterpart, are truly worthwhile hearing.