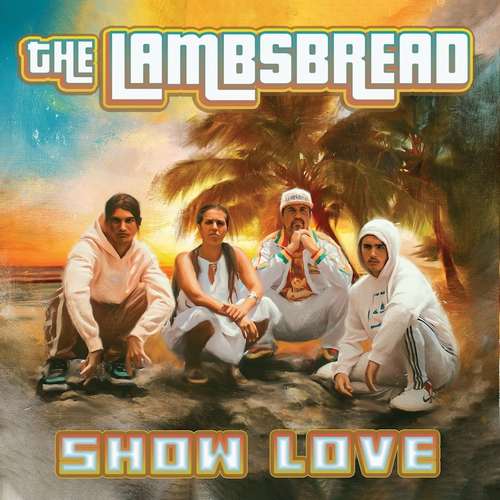 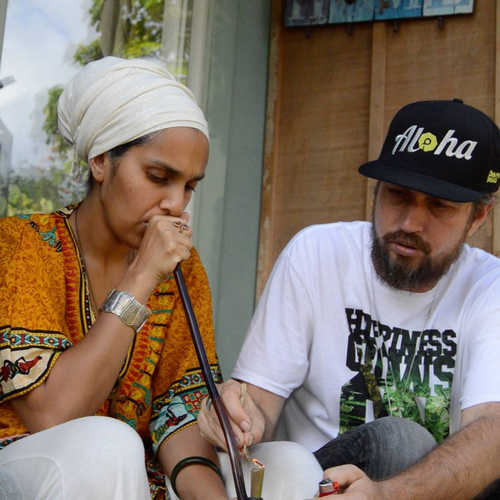 The Lambsbread was formed by the unity of Kaya and Nadia Rathje on the island of Kauai. Currently, they are based on Maui. The Lambsbread is one of the foundational roots reggae artists of Hawaii who debuted in 2006 with the album Sing Praise. The set included the hit Love in the House, across the Liberation riddim from Zion High Productions, which was their first single released on Jamaican vinyl. Since then, the group has undergone a steady positive development, with performances all over the world and collaborations with several leading reggae artists. At this moment the group is a family thing, consisting of vocalists Kaya & Nadia and their children, Samuel Levi, and Jacob Selassie.

A few weeks back The Lambsbread released the album Show Love. This 12 track set is the result of 2 years of writing and recording. The set features noteworthy collaborations with reggae/dancehall mainstays Mykal Rose, Anthony B, and Richie Spice. In addition to these artists, various producers contributed to the creation of the album. Besides Lambreads’ own Jacob Rathje and Samuel Rathje, Brodahood Records from France, Sick Donkey Records from Washington and Jubba White from Jamaica have contributed to the production level.
Read the review of the previous album World Needs Love here.

The new album shows The Lambsbread in full force with catchy roots reggae songs, where they know how to play the traditional one-drop reggae like no other. Do not expect innovative riddims or gimmicks, but enjoy good musicianship, played from the heart. As befits a stubborn roots reggae band, they tackle the universal themes that keep us all busy. Their undiluted roots songs continue to spread the message of ‘love and unity’ with brilliance.

Well, pointing out highlights is not an easy task in this case. The combination of the vocal qualities of Kaya and Nadia are captivating in every song. The opening track, the title song, immediately sets the tone for the album. Perfect! The dub of this song is the closing song of the set. The combination with Richie Spice on Smile is 100% satisfying, Richie’s unique vocal style fits the sound of The Lambsbread wonderfully. Chant Dem Down comes across a riddim that totally works, truly depicting the power and conviction of Rastafari to ‘chant Babylon down’. Anthony B’s performance on the militant Fight For Your Rights gives the song that extra portion of power and persuasion, making the message very clear. A song we played more often is Pass The Fire, underpinned by a mid-tempo, lingering riddim, with relevant and biting lyrics.

Conclusion The album Show Love is a new and convincing roots reggae statement from The Lambsbread.