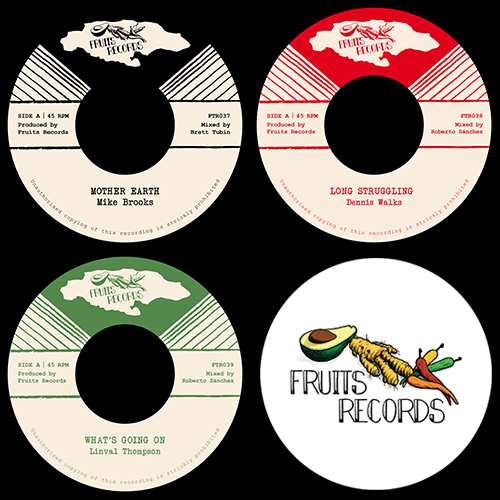 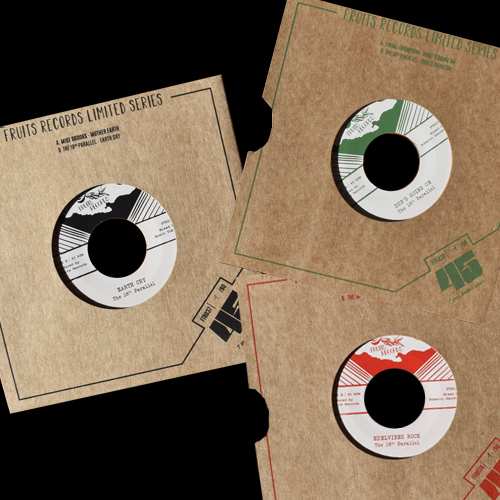 Born in Westmoreland, Jamaica, London-based Mike Brooks aka Prince Michael or Stamper Doctor is a reggae singer and producer whose career stretches back to the early ’70s. His first record release was with the group The Tots, which also included Norris Reid and (in Brooks’ words) a guy called Tony. They released a single in 1975 called Earth Is The Fullness, recorded at Lee “Scratch” Perry’s Black Ark studio, and released on Brooks’ Harvest label. The band was not successful, but Brooks would often contribute to recording sessions at the Black Ark organized by Jah Lloyd. Brooks re-emerged as a solo singer in the mid-1970s, working with producers such as Alvin Ranglin, and achieving hits with singles such as My Guiding Star, Money Is Not All, Grooving, Open The Door, and What A Gathering.

The roots reggae sound of the late ’70s was dominated by stepper riddims with militant drumming, heavy basslines, and thunder of spring reverbs. It’s that kind of sound The 18th Parallel recreated with Mike Brooks’ high-pitched voice in mind. Across a fresh original riddim Mike Brooks delivers a strong environmental commentary entitled Mother Earth. The song, written by Mike Brooks’ daughter, is a call for ecological awareness of the state our planet is in. The song was voiced at One Camp Studio, Zurich, Switzerland. The flip side features The 18th Parallel’s Earth Cry, a wicked dub version done by NY top producer and mixing engineer Channel Tubes.

Jamaican reggae singer Dennis Vassell, better known as Dennis Walks, is probably best known for his work with producer Harry Mudie in the late ’60s and ’70s. He first recorded for Duke Reid at Treasure Isle and in the late 1960s for producer Joe Gibbs (Having A Party). However, it were his 1969 singles Heart Don’t Leap and The Drifter (in the ’70s recut by Dennis Brown and Cornell Campbell) with Spanish Town-born producer Harry A. Mudie that became big hits in Jamaica. The Swiss producers of Fruits Records met Dennis Walks in downtown Kingston in the winter of 2017 and played a mid-’70s type of flying cymbal riddim to him. A few minutes later veteran artist was in the recording booth at Small World Studio singing Long Struggling. One take, no second cut, no lyrics written, pure heartical vibes! This brand new single, mixed at A-Lone Ark Muzik Studio by Roberto Sánchez, shows that Dennis Walks is surely one of Jamaica’s greatest vocalists, stronger than ever at almost 70 years old. On the other side, it’s The 18th Parallel with Edelvibes Rock. No dub version, but a gorgeous instrumental cut led by melodica and Elka Rhapsody synthesizer.

Last but not least, there’s What’s Going On, the new single by reggae icon Linval Thompson, who has many hit songs to his catalogue as a singer and producer. While spending time with his mother in Queens, New York City, he began his recording career in Brooklyn around the age of 20 with the self-released No Other Woman. Returning to Jamaica in the mid-’70s he recorded with Phil Pratt, only to return to New York to study engineering. Back again in Jamaica, he worked with Lee “Scratch” Perry at his Black Ark studio, recording Kung Fu Man, and recorded with Bunny Lee, which resulted in his 1976 debut album, Don’t Cut Off Your Dreadlocks. Thompson then started to produce his own material, the first fruits being the 1978 album, I Love Marijuana and its dub counterpart Negrea Love Dub. Although he continued to work as a singer, he became increasingly prominent as a producer, working with key artists of the late roots and early dancehall eras such as Dennis Brown, Cornell Campbell, The Wailing Souls, Barrington Levy, and Trinity. Almost 50 years after recording his debut single, Linval Thompson is still active as a singer. What’s Going On is a song full of consciousness, delivered in his inimitable vocal style across a superb heavy rockers riddim. The riddim track was recorded at Bridge Studio, Geneva, and voiced and mixed at A-Lone Ark Muzik Studio by the esteemed Roberto Sánchez, who also dubbed the riddim in fine style.

Don’t sleep on it!