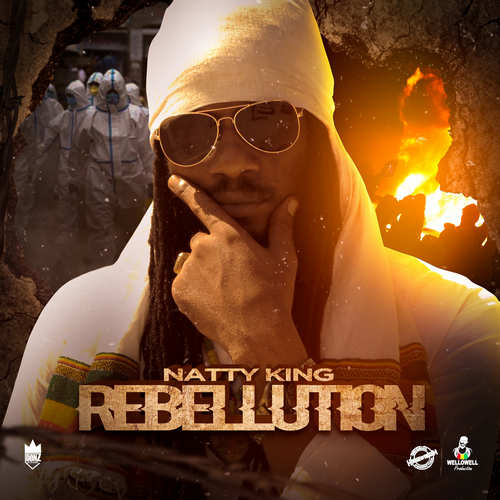 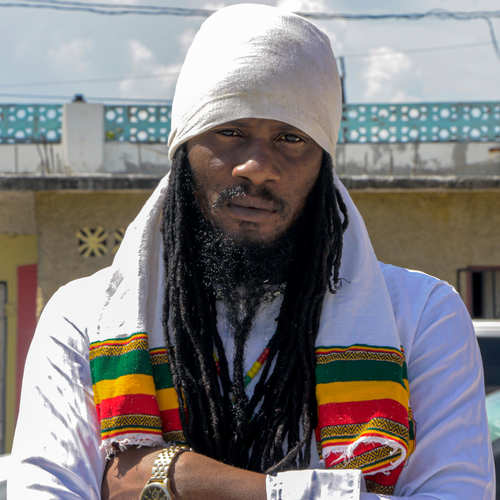 After the release of his 2010 album Born To Be Free nothing was heard from St Thomas born roots singer Natty King during the years that span the period 2012-2018. In a 2019 interview in the Jamaica Observer, Natty King explained that his extended absence from the music scene had to do with urgent family matters. During this hiatus, he moved to St Elizabeth, established his Wellowell Productions label, and constructed a recording studio. His return as a recording artist was marked by 2018 released collab single with Luciano titled Why Sacrifice on the Unity riddim.

Natty King, born Kevin Christopher Roberts, grew up in the countryside of the St Thomas Parish in the East of Jamaica. At age 3, he moved to Molynes Road, Kingston with his grandmother where he went to kindergarten/basic school in Waterhouse. After 3 years he moved back to Bath where he attended the Bath Primary & Junior High School. In his teens, Kevin left Bath to move back to Kingston, Nine Miles, Bull Bay (close to Bobo Hill) to visit his grandmother and aunt and ended up selling in the Jubilee Market, Down Town Kingston. Slowly finding his calling in music, Kevin came up with his first stage name Singing Kev, but soon after he changed it to Lucie B because people around him said he sounded like Luciano when he performed Luciano’s songs on the sound system and stages in his community in Bath, St. Thomas. In his search for the right name, Kevin changed his name again to Brehjah (The Breath of Life). Then, in 2000, after spending time at Caveman Soundsystem and Arrows Record Studio, he met with the producer-duo Steely & Clevie who crowned him Natty King and gave him his first record Badness Hype on the Bad Weather riddim.

Natty King achieved his breakthrough in the early 2000s as he scored his first hit with the Junior Brammer aka Trinity, and his cousin Jimmy Ricks, produced song Mr. Greedy, which reached the #1 position on the Jamaican charts. His next single, No Guns To Town, also produced by Trinity and Ricks, was a bonafide hit in 2003 and later became the title song of his 2005 released 19-track debut album No Guns To Town. Four years later, in 2009, Natty King brought his 15-track album Trodding to the world, which contained tracks like Mi Black Bredda, and Fit Yuh Afi Fit. In 2010, he teamed up with Austria’s House of Riddim for his hit-filled 16-track Born To Be Free album. This album did a lot for the artist as it expanded his fanbase globally. The release of his third album was followed by more touring to perform his new hit tracks like Real Herbalist, Herb From The Westside featuring Fantan Mojah, Purge Dem, Care For life, Evil Surround Me, and Rootsman Chanting featuring Louie Culture.

And now, at the dawn of a new year, there’s finally Natty King’s highly anticipated and long-awaited fourth full length album entitled Rebellution. The latter is a totally conscious collection of reggae tunes that refutes the criticism the artist received when he released the uptempo dancehall song, Joe. After the Born To Be Free album, Natty King again linked up with Sam Gilly of House Of Riddim for the production. Also featured is production work done by Natty King himself, Hopeton Brown, Backyard Riddims, Julien
Pompiere, and Carlton Marchall. Included are four collabs with the Messenjah Luciano, Rebellion the Recaller from Gambia, Turbulence, and (Prince) Theo Nyeemiya & Mr. Peppa, while the authentic sound of reggae with live musicians is, of course, the perfect vehicle for the Rastafarian singer’s rebel music.

Natty King has a compelling and emotional vocal delivery which marks him out from the crowd. This comes to the fore in each and every track of this album which overall features a duality of noise distortion, beautiful harmonies, and spiritual energy. Its power lies in that contrast – its aggression and uplift. To fill up an album with 19 tracks can be a bit risky as it easily can lead to the inclusion of quite a few fillers. Luckily that ain’t the case here, although – inevitable – some of the tracks aren’t as strong as others. A few of the riddims utilized for songs like Serious Time, Catch Me, and Unity on this album sound quite familiar to the ears, but most of them are never heard before. The album gets started with three tracks that bear the stamp of Sam Gilly and his House Of Riddim crew. First, there’s the spiritual song, Jah Is My Guide, a strong opener which tells you what to expect. Next up is Early Morning, an anti-violence piece in which Natty King brings a cautionary message for the ghetto youth. Without a doubt one of the album’s absolute finest tunes. And then there’s the praising tune Hail Rasta Fari, which nicely rounds off the opening bit. The previously released single Why Sacrifice, the collab with Luciano, shows that Natty King’s voice, which at the beginning of his career was equated with the vocal and style of Luciano, is more lively and personable than that of the Messenjah. Almost inevitable, this album also includes two identifiable ganja tunes, Trees and Ganja Smoker. Both are decent efforts with Trees being the best. The classically vibed Old Crosses is a captivating solid tune worth hearing more than once. Towards the end of the album, the listener is treated to three love songs. First, there’s the delightful Love Dovey, which features the riddim twins Sly & Robbie. However, it’s outmatched You Bring Joy, which makes a serious impression as in all also does Me She Want. This album comes to a dignified end with the solid title track Rebellution.