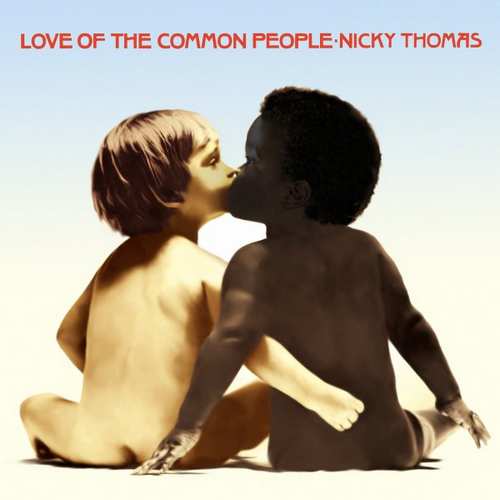 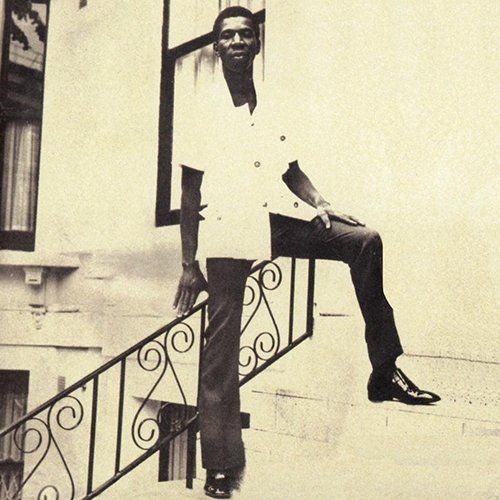 Track 1: GOD BLESS THE CHILDREN. This mid-tempo number has a chug-along rhythm track along with the orchestration of Johnny Arthey, who orchestrates all the commercial tracks. The smooth tones of Nicky Thomas make this a worthy track to start the CD. Track 2: RAINY NIGHT IN GEORGIA. A song recorded by many artists over the years, including Jamaican. The rhythm track is fast and along with another classy vocal it lends itself well to the Reggae genre. Track 3: IF I HAD A HAMMER. Trini Lopez recorded a pop version of this catchy number and on this we hear a vocal chorus and an orchestra from-time-to time. Nicky’s vocal is once again spot-on and a good choice for the Reggae genre. Track 4: TURN BACK THE HANDSOF TIME. This tune was recorded by Tyrone Davis in 1970 and Nicky Thomas followed suit with this smooth Reggae version. Nothing complicated about the backing track which includes orchestration. Track 5: DOING THE MOONWALK. This song penned by Joel Gibson comes with a punchy rhythm track. No doubt there is a moonwalk dance, yes of course by Michael Jackson, the rhythm track is uncomplicated with no orchestration in sight. Track 6: LOVE OF THE COMMON PEOPLE. Here we have the well-remembered UK hit for Nicky and also Paul Young, Eric Donaldson also released his Reggae version in 1971. The song gives itself to the title of the complete 2CD collection. A good choice for Nicky. It has become a Reggae classic and reached No 9 on these shores. Track 7: MAMA’S SONG. This starts the tracks on side 2 of the original album and is a slower sound and goes back to the commercial side of Reggae. This appeared on the B side of a release with ‘Lola’ on the A-side. Track 8: HAVE A LITTLE FAITH. Mid-tempo number with yet another classy vocal and a female chorus on-and-off throughout. Another track that is straight Reggae. Track 9: DON’T TOUCH ME This slower sound comes with a pulsating rhythm track and another chorus. No sign of an orchestra this time. Track 10: LONELY FEELIN’. Written by Joel Gibson it is a catchy number with another pulsating rhythm track. Fine organ work adds to the overall make-up of a top-notch track. Track 11: I WHO HAVE NOTHING. Who would have thought this Pop song would lend itself to the Reggae genre but it does. It is a fast rendition on which Nicky is full out on the vocal. Track 12: LET IT BE. I wonder what Lennon/McCartney made of this version which again comes with Nicky doing it justice. Several other Reggae versions have been recorded, one that comes to mind is by The Soulettes on the Upsetter label. Track 13: RED EYE. This is a number starting with a spoken intro before moving into a fast catchy straight Reggae track with a broken vocal along with a backing chorus. The credits show Joe Gibson as the writer.

Following on from the original album tracks we have 9 extra tracks, not only by Nicky Thomas but by various other artists. We now take a look at a selection of these. Track 14: DANZELLA – Nicky Thomas. Written by Nicky this is a fast-moving catchy number. The rhythm track is straight with some fine guitar playing. Original UK release – Amalgamated. Track 16: (Life Is Down In) DENVER – Nicky Thomas & The Joe Gibbs All Stars. Another fast-moving number on which we have the rhythm track over which is someone whistling maybe Nicky, not sure. Overall it is a catchy sound and is straight Reggae. Track 18: SCHOOL GIRL (Take 2) – Nicky Thomas. Once again a self-penned number and a classy fast-moving sound with a female chorus helping out. Previously unreleased. Track 20: LEAVING THE BALL – Nicky Thomas & Joe Gibbs All Stars. This sis a version of off ‘Wear You To The Ball’, recorded by various Jamaican artists, one being U Roy as a talk-over. Previously unreleased in UK. Track 21: SWEEP THE STREETS – Neville Hinds & The Joe Gibbs All Stars. Here we have Hinds on organ with another version of ‘Wear You To The Ball’. Nothing unusual about this, it makes for a catchy instrumental. Previously unreleased in UK. Track 22: TEN FEET TALL aka Wear You From The Ball – Lizzy & The Joe Gibbs All Stars. This is the final track on the disc and is yet another version of ‘Wear You To The Ball’. This time around it is a talk-over sound from an artist who appears to be male, not female as one might expect looking at the track listing. Original UK release – Pressure Beat.

Cherry Red Records have come up with another top-notch two cd collection and gives Jamaican music collectors the chance to purchase the complete recordings of Nicky Thomas. Looking at the two discs one would say that the first contains recordings you will have heard before, maybe the recordings on the second disc may be new to the listener.

Love Of The Common People

Conclusion Cherry Red Records have come up with another top-notch two cd collection and gives Jamaican music collectors the chance to purchase the complete recordings of Nicky Thomas.