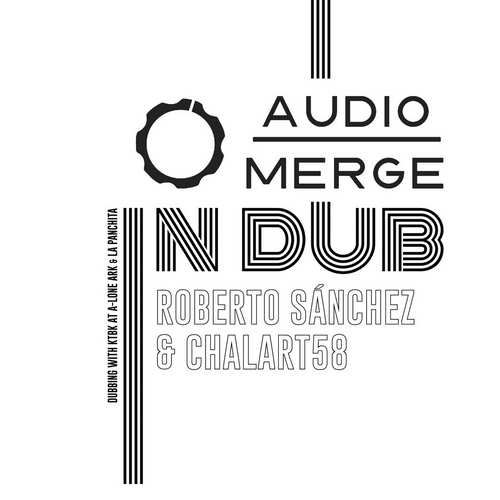 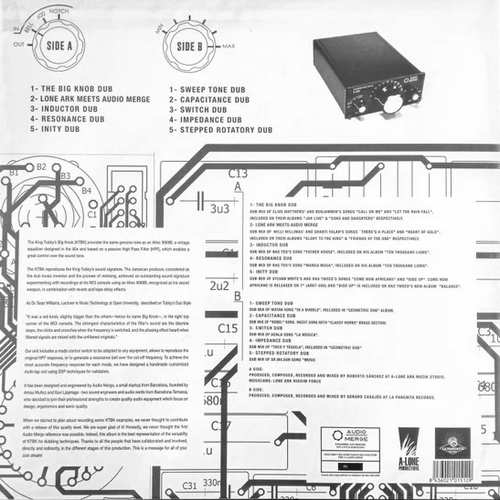 Osbourne Ruddock, better known as King Tubby, is considered to be the inventor of dub music. Tubby achieved an outstanding sound signature experimenting with recordings at his MCI mixing desk using an Altec 9069B, recognized as his secret weapon, in combination with reverb and tape delay effects. Founded by Arnau Muñoz & Xavi Lizarraga, the Barcelona-based very small startup named Audio Merge – a collective of Music Tech Creators that aims to build analog and digital equipment for quality conscious people – are the designers of the KTBK (King Tubby’s Big Knob) filter, the accurate Altec 9069B replica. FYI studio wizards… it was designed through Reverse Engineering methods and validated with DSP techniques to achieve the most accurate cutoffs utilizing a handmade customized multi-tap coil.

To celebrate the release of the KTBK filter and to pay tribute to the influences of King Tubby’s sound on dub music and its sub-styles, Audio Merge initiated a dubwise project called Audio Merge In Dub, a 10-track vinyl Dub LP with tracks mixed with the KTBK passive HPF filter unit by two of Spain’s most representative dub producers. The 5 exclusive tracks of the A-side are mixed by Roberto Sánchez at his A-Lone Ark Muzik Studio in Santander, while Gerard Casajús Guaita aka Chalart58 mixed the other 5 exclusive dubs of the B-side at La Panchita in Barcelona.

Anyone familiar with singles and albums released by A-Lone Ark Productions will instantly know from which vocal cuts Roberto Sánchez’s dubs are coming, something that isn’t evident when it comes to the dubs of the international lesser-known Chalart58. Side A opens with The Big Knob Dub, a dub mix of Clive Matthews’ Call On Me and Benjammin’s Let The Rain Fall coming from their 2018 albums Jah Live and Sons And Daughters respectively. Next comes a dubbed out version of Willi Williams’ There’s A Place and Shanti Yalah’s Heart Of Gold included on their albums Glory To The King and Friends Of The One respectively. Inductor Dub and Resonance Dub are dub mixes of Ras Teo’s Father House and Mansa Musa, both to be found on his 2019 album Ten Thousand Lions. Roberto Sánchez’s Dub excursion then comes to an end with Inity Dub, which can be traced back to Sylvan White’s 7″ single Come Now Africans and Ras Tweed’s Bide Up from his recently released new album Balance. These are the kind of dubs by Roberto Sánchez one has come to know and appreciate over the years, so nothing here that’s really sounding odd to the ears.

Compared with the more sophisticated riddims laid by the Lone Ark Riddim Force which are used by Roberto Sánchez, Chalart58 works with rawer sounding backdrops. This, of course, brings a totally different, more heavy feel and vibe to his dub mixes. The first track, the haunting Sweep Tone Dub, is the dub version of Matah’s In A Bubble from the 2018 album Geometric Dub. It’s followed by Capacitance Dub, the dub mix of a previously unreleased piece titled Rebel featuring the Classy Horns. The sound of this brass section can also be heard on Switch Dub, the dubbed out version of Adala’s La Música and Impedance Dub, the dub of Taco y Tequila, which can also be found on the Geometric Dub album. Chalart58’s side is rounded off in fine style with Stepped Rotatory Dub, the dub of Sr. Wilson’s 2013 single Music.