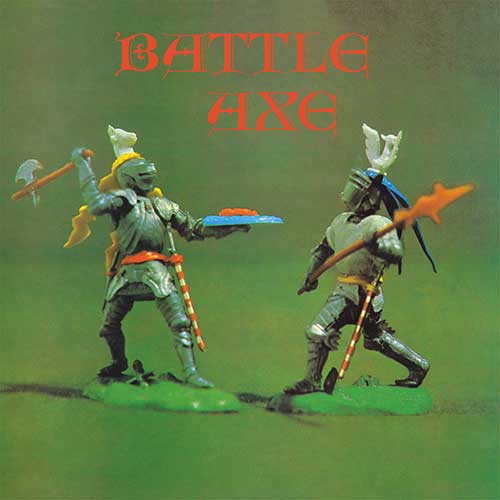 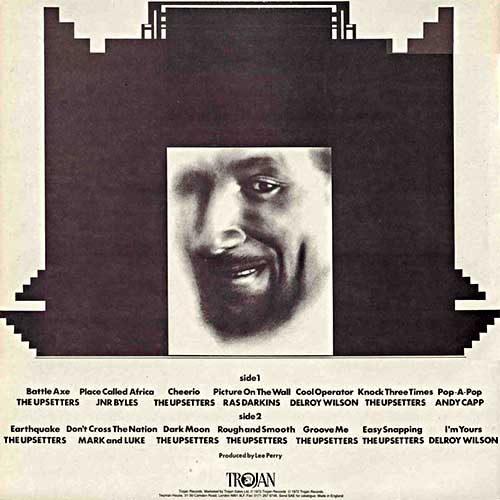 Rainford Hugh Perry, better known as Lee ‘Scratch’ Perry, was one of the most important and influential figures in the history of Jamaican popular music. In various roles, such as engineer, producer, songwriter, entertainer, and artist, blessed with limitless creativity, sometimes bordering on insanity, he contributed to the development of Jamaican music impressively. He’s responsible for the innovative work of Bob Marley & The Wailers and with his studio band the Upsetters he released just over 100 singles between 1969 and 1974 by artists such as Dave Barker, Dennis Alcapone, The Stingers, Neville Hinds, Leo Graham, Big Youth, Junior Byles, U Roy, Dillinger, and many more.

To have more control over his productions Perry opened his own studio, the Black Ark, in his back yard at Washington Gardens, Kingston, in 1974. With a rudimentary set-up and basic equipment, Lee Perry found himself building top-notch productions, known for their creative production and recording techniques. Throughout the 1970s, countless quality productions appeared, with big names such as The Congos, Junior Byles, Jah Lloyd, Max Romeo, George Faith to name but a few. At the end of the 1970s, he burned the studio to the ground. This event, preceded by increasingly bizarre and erratic behavior, ended an era of creativity and production highlights. In the 1980’s he kept a low profile, while the world re-discovered the sheer quality and brilliance of his music. The 1990s was a prolific period, collaborating with a diversity of musicians and producers. Although already in his 80s, he kept recording and touring all over the globe. On August 29, 2021, he passed away, aged 85.

Simultaneously with the 1969 album The Upsetter , Music On Vinyl also released the LP Battle Axe. While the LP The Upsetter was still characterized by ‘early reggae’, on the 1972 released Battle Axe we see that reggae has developed strongly, both musically and lyrically. The influence of Rastafari can be heard more and more in the turbulent flood of releases. The influence of US rhythm and blues diminishes and the tempo slows down. Here we can already hear the first signs of Perry’s distinctive sound, the sound with which he became known and triumphed in the 1970s. Lee Perry employed The Upsetters, formerly known as The Hippy Boys and Gladdy’s All Stars, as the backing band for his productions. The core were the Barrett brothers on drum and bass, Alva ‘Reggie’ Lewis and Ronnie Williams on guitar, and Glen Adams & Winston on the keyboards.

The Upsetters open the album with the title song Battle Axe, one of the many versions of the song Small Axe. This version is not an eccentric Lee Perry dub version, but a straightforward instrumental lick. The vocal cut is considered by many to be among The Wailers’ finest work for Lee Perry. Check for Jnr Byles with Place Called Africa as he sings of slavery, oppression, and repatriation. Keith ‘Junior’ Byles achieved major success as a performer with this tune, a recording which is also notable for the melodica playing of Horace Swaby, better known as Augustus Pablo. Former band member of The West Indians aka The Kilowatts, Eric Donaldson, had a tremendous hit with Cherry Oh Baby, produced by Bunny Lee. Lee Perry had Denzil Dennis and Eugene Paul -as the Classics- record a version and released it as a single, with The Upsetters’ instrumental Cheerio on the flipside.

Ras Dawkins, probably better known as Carl ‘Ras’ Dawkins covers Freddie McKay’s hit Picture On The Wall, on which backing vocals were provided by the Wailers. This is one of the outliers on this compilation. Cool Operator is an ultra-short song, which was one of Delroy Wilson’s biggest hits in 1971 for producer Bunny ‘Striker’ Lee. The flipside of Cool Operator was I’m Yours, a less convincing song that closes this album. Besides being a singer, Andy Capp aka Linford Anderson was also a producer, studio engineer, and label owner, a versatile man! Obviously known for his 1969 smash hit Pop-a-Top, here we find an alternative mix of that hit, called Pop-A-Pop.

Lots of Upsetters tracks on side 2. We start with Earthquake. A 1971 tune with the same name from U Roy, the original vocal cut was by Dave Barker & Bunny Wailer with What A Confusion, which happened to be an awesome roots tune. The jazz standard Blue Moon gets a reggae work-out as Dark Moon. The song Don’t Cross The Nation by Mark and Luke is in fact Little Roy (aka Earl Lowe). He attended a one-off session with Lee Perry at which he cut the impressive song in which he appealed for black Jamaicans to find strength in unity. Also worth mentioning is The Upsetters with Rough And Smooth, sung by Stranger Cole. It’s a remake of his Treasure Isle hit Rough And Tough.