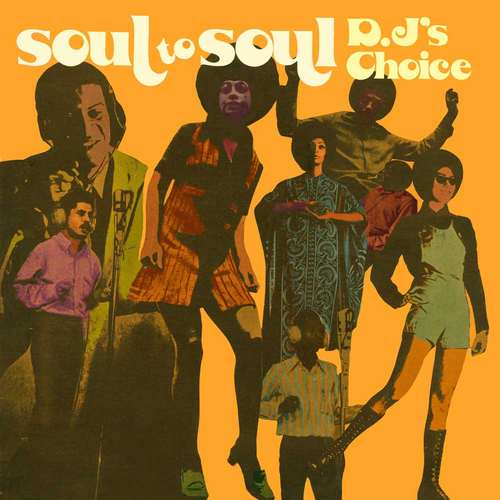 The early 1970s marked the beginning of the accent of the deejay, a trend that continued during the roots era, and went on to become dominant throughout the dancehall and ragga phases. Pioneers of the time included U Roy, Sir Lord Comic, Count Machuki and King Stitt. Dennis Alcapone also started deejaying around that time and quickly became immensely popular. His popularity was primarily due to a unique style, which belied a deceptively relaxed way with lyrics. His style and use of lyrics had been developed during his time with the El Paso sound system, which he ran from 1969 to the early months of 1970. With Dennis as the main attraction and Lizzy and Samuel The First as alternate deejays, the El Paso set quickly became one of the island’s most popular sound systems. Dennis’ ‘singing stylee’ was pioneered on his early records, notably those for Keith Hudson, Coxsone Dodd, Niney, all of whom produced Dennis Alcapone in 1970.

Over the next couple of years his output was prolific, recording for a variety of Kingston-based producers, which include Byron Smith, Phil Pratt, Bunny Lee, Alvin Ranglin, Lee Perry, Joe Gibbs, and Duke Reid. The latter, who had issued U Roy’s earliest hits, repeated his success with numerous tunes gathered on the 1973 best-selling album Soul To Soul-Dj’s Choice, while Coxsone Dodd and Bunny Lee also put out collections of the deejay’s sides. Dennis also took up producing material, releasing Get In The Groove, featuring himself and Dennis Brown, Ape Man by Augustus Pablo and Delroy Wilson’s Little Village. He moved to London in 1974 and after releasing a few more albums between 1974 and 1977, his musical activities gradually declined. Since then he has recorded sporadically, but continued to tour.

The music on this expanded edition of Soul To Soul-Dj’s Choice dates from the time when Dennis Alcapone was a dominant force on the Jamaican deejay scene. Together with Delroy Petgrave aka Lizzy, the two performers recorded several tunes at Duke Reid’s famed Treasure Isle studio on Bond Street, Kingston. Under the auspices of the studio’s sound engineer, Byron Smith, the pair toasted over some of the Duke’s finest rock steady and early reggae riddims. This reissue of its original dozen tracks is deservedly complemented by the rest of the duo’s Treasure Isle work – as well as the instrumental version sides that appeared on the alternate sides of the pair’s 7-inch singles for the label.

It goes without saying that many of these tunes have been released before over the years, spread over a large number of compilations, sometimes legally, but also illegally. And yes, do we really have to point out highlights here? An almost impossible task, since every tune is rock solid, each in its own way, certainly helped by those fantastic riddims. We will highlight some personal favorites. The Funky Tang stands out in terms of riddim among all the smooth rocksteady riddims. Rapping on the Sidewalk Doctor riddim, known for, among other things, Phyllis Dillon’s superb Woman Of The Ghetto, Dennis turns it into a kind of James Brown-esque performance. On Cry Tough, he and Lizzy make convincing use of this Alton Ellis’ rocksteady classic. Over to Wake Up Jamaica, known for the intro shout, where he spars in top form with Joya Landis’ Moonlight Lover. On My Voice Insured For $1/2 Million, he weaves his inventive and boastful lyrics into The Techniques’ tune Queen Majesty with ease. He uses the song Love Is Not A Gamble from the same group twice. The most famous version is of course Number One Station with the classic intro shout. The 5 instrumental versions at the end of the album are the icing on the cake and an appropriate ending to the album.