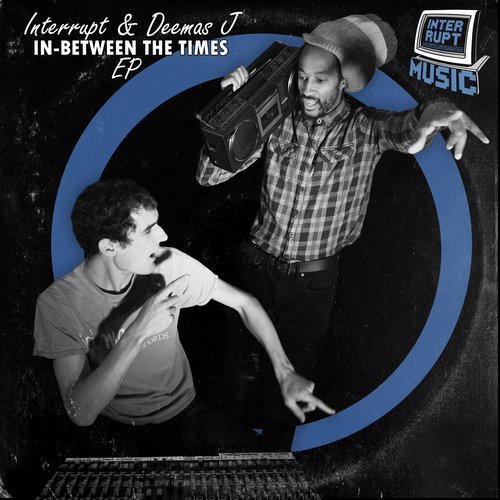 Interrupt Music has released In-Between The Times, a six track EP, showcasing a broad range of styles from the talented singer/MC Deemas J and the London-based reggae/dancehall producer who goes by the name of Interrupt. After working together on a number of projects including the track More Fire from Reggae Roast’s Turn Up The Heat LP, and performing together at various shows around London, Interrupt & Deemas J formed a connection over a mutual love of reggae and dancehall music which took them into the studio in 2020/2021.

The opening track of the EP, Do You No Wrong, features a heavy, bass driven dancehall riddim created by Interrupt, with Deemas J’s jazz-scat influenced vocals making for a catchy, fast paced, high-energy dancehall tune, a guaranteed dancefloor filler. Next up is Lover, which showcases Deemas J’s unique deejay style, with lovers rock inspired lyrics over an eclectic 1980s style digital reggae backdrop. The third track Super Sharp Freestyle is another high-energy dancehall tune which features improvised off the cuff lyrics from Deemas J over Interrupt’s dancehall re-rub of the classic jungle tune Super Sharp Shooter. The vocals showcase Deemas J’s talent as a live performer, recorded in a single take with a huge range of vocal styles including fast chat, rapping and falsetto singing.

Congo Man is a song which pays homage to Deemas J’s ancestry after taking a DNA test, with a heartfelt melodic vocal over a heavy 1990s style one drop riddim from Interrupt with an awesome bassline. Love Is On The Rocks takes the listener back to the lovers theme, with lyrics borrowed from Neil Diamond’s hit song of the same name, re-imagined by Deemas J over another heavy bassline led riddim, creating a unique take on the classic song. The EP comes to an end witg Chill which features an uplifting and quirky 1980s style digital reggae riddim, inspired by Steely & Cleevie’s Bigger Boss riddim, with Deemas J delivering some sweet vocal melodies, once again in a style reminiscent of the UK lovers rock movement of the 1980s.