Owen Knibbs – If You Don’t Have Love 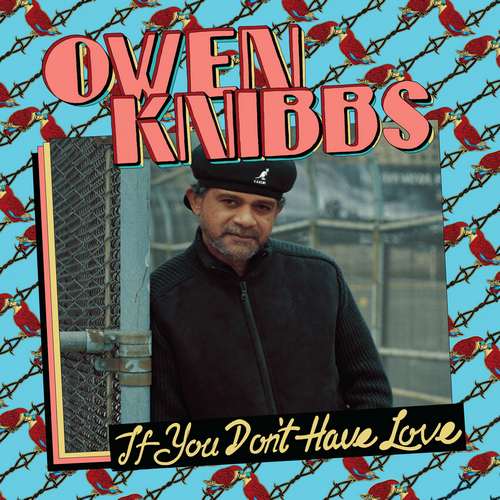 Owen Knibbs, born in 1966 in Montego Bay, was active in reggae from an early age through the sound system scene in Montego Bay. In 1985 childhood breddren Leon Virgo encouraged him to go to Kingston to earn a place in the tough music business. Two years after Leon decided to go in producing and in September 1987 he produced Owen’s first and only recording on his label Virgo Production. The tuneJuggler, a song Owen had written in 1982 while he was in school, is a song about poor people hustling and working hard to survive. The track was played and arranged by Jimbo and recorded at Aquarius Studio at Half Way Tree in Kingston. Unfortunately, the tune was not a success, not because of the quality of the tune, but because of distribution and promotion problems. Owen withdrew disappointed from the music business. On the other hand, without Owen knowing, Juggler became a massive hit in Europe. Years later, in 2015 Jamwax Records from France reissued the single. Owen moved to the US in the 1990s where he came into contact with Jah Mikey, who motivated him to get back into music. He eventually came into contact with Eric from Black-Catalog in Europe, resulting in the LP If You Don’t Have Love.

The LP is largely in showcase style, with the dub/instrumental version following the vocal version. Owen’s voice is soothing but also subdued, you can feel the underlying emotional charge in all his songs, without the need to shout it out. The backing is good, but at times just lacks that raw edge that would fit very well with the messages that Owen brings.

The first track of the LP, Down Here is an undisputed award winner, recorded in Lisbon, Portugal. Across Tommy McCook and Richard Hall’s classic Dirty Harry riddim, Owen delivers his poignant message of a child who must grow up loveless and fatherless in a cold and bleak world. This is a heartfelt outcry and shows this artist’s excellence. The title track, recorded in 2015, is an inspired plea for more love, because “If you don’t have love, you’re gonna burn in flames.” Side 1’s closing track –Reggae Needs More Warrior– is his call for ‘reggae warriors’ like Sugar Minott, Dennis Brown, Bob Marley, Peter Tosh, and Jacob Miller. Street Side Soldier is an uptempo song and continues the roots vibrations, across an impeccably constructed contemporary riddim. Rude Boy is propelled by a tough riddim from Nereus Joseph, interspersed with well-dosed sound fx. Killer tune, and demands to be played loud! The closing track Only Jah Jah rallies around Jah’s throne without hesitation!

If You Don’t Have Love