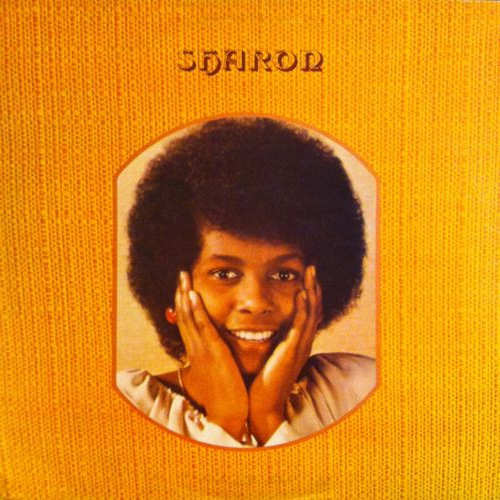 Side One
1. Which Craft Is Witchcraft
2. Holly
3. Put A Little Love Away
4. Funny
5. Clothe My Lonely Body

This album was recorded by one of Jamaica’s finest female singers in 1974. Released on the Ashanti label, it is a mixture of soft Reggae and smooth soulful sounds. Sharon Forrester was born in 1956 in Kingston, Jamaica.

Track 1 is titled WHICH CRAFT IS WITCHCRAFT which along with many of the tracks is soft Reggae and with the smooth vocals from Sharon and the lead guitar work by Geoffrey Chung who produced the album we have a fine track to start off this recording. Track 2 is one of the non-Reggae tracks but again a fine one with superb vocals from Sharon and the backing singers. This is easy on the ear and the overall quality of this cannot be overstated. The track is simply titled HOLLY. Track 3 takes us back to a smooth Reggae sound titled PUT A LITTLE LOVE AWAY and the song has been covered by a number of other artists, The Emotions and Sergio Mendes to name two. Again we find ourselves listening to one of the best vocals from a Jamaican artist and overall it is so laid back it’s untrue. Track 4 is titled FUNNY which starts off giving the listener the impression that it is going to be a non-Reggae track. After about a minute, the rhythm track changes and again we find ourselves listening to smooth and pure Reggae. Sharon as always has to be credited with a fine vocal on this. Track 5 is back to a non-Reggae sound on which Sharon hits some high notes with very little effort. The track is titled CLOTHE MY LONELY BODY and is a soulful number that is written by Sharon herself, and this completes the tracks on side one.

Track 1 is WORDS WITH NO MEANING and is not a Reggae sound but laid back pop, you might say. Again we find Sharon hitting some high notes with ease and with a fine backing that has Geoffrey Chung on electric piano this time around. This was co-written by Mr Chung and a Mr Cunningham. Track 2 is a song written by the well-known James Taylor and lends itself to not only Sharon’s vocal but also the Reggae rhythm. DON’T LET ME BE LONELY TONIGHT is the title of the track, nothing one can say apart from it is another fine sound. Track 3 is a well-known song, THIS MASQUERADE, which has been recorded by some of the finest artists over the years and was written by Leon Russell. Artists that have recorded this include George Benson, The Carpenters, and of course Leon Russell himself. Sharon does this credit and it stands alongside any of the other versions. This is a nice song choice to give a Reggae rhythm to and has Geoffrey Chung helping out on backing vocals. Track 4 is SILLY WASN’T I?, a song written by Valerie Simpson and Nick Ashford and another original pop recording that is well suited to be given a Reggae rhythm. This time around we find another well-known Jamaican musician helping out on organ, Earl “Wire” Lindo and also Geoffrey Chung’s brother Michael on lead guitar. As for the performance by Sharon, it is another first-class one, telling the story of how silly one can be during life. This by far has the heaviest Reggae rhythm of all the tracks on what is a very fine album that one is very happy to have in my Jamaican music collection. As for getting hold of a copy should you feel the need after reading this review, it is relatively easy to find on the internet.

Don’t Let Me Be Lonely Tonight