Soul Revivers – On The Grove 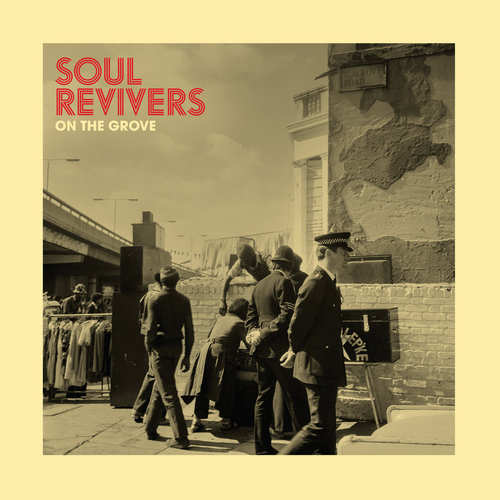 Soul Revivers’ ON THE GROVE comes as a collection by Nick Manasseh and David Hill. It features legends such as Ken Boothe and Ernest Ranglin along with future stars, Ms Maurice and Alexia Coley. This release was produced at Yard Studios near Grenfell Towers and takes the listener on a modern Reggae journey. Now let’s take a look at the tracks that make up this fascinating collection.

Track 1: NO MORE DRAMA – (feat. Ernest Ranglin). The legendary Ernest Ranglin starts off the album with a Jazz influenced slice of guitar led Reggae. This comes with a lilting rhythm and is a classic track. Track 2: TELL ME WHY – (feat. Ken Boothe). Another legend, Ken Boothe, starts with a spoken intro before moving into a smooth mid-tempo number. He is helped out on vocal by a female artist. Track 3: GOT TO LIVE (feat. Earl 16). This has the sound of Roots outfit Culture and is mid-tempo. The vocalist comes unknown to most but has a haunting voice. Track 4: LOOK NO FURTHER (feat. Ms Maurice). A trumpet led instrumental that glides along at a mid-tempo rhythm. The vocalist is Shirley Maurice Grey, based in London and born in 1991. This is infused with ’70s Jazz. Track 5: GONE ARE THE DAYS (feat. Alexia Coley). The vocalist is a singer/songwriter from West London and this track is a twist on classic Soul. Another mid-tempo number with a brass-based rhythm track. Here we have an artist well worth following. Track 6: MEANWHILE SHUFFLE (Matic Horns). This is a slow trombone driven number as you would expect from this outfit who are Henry Tenyue, brother Patrick and Winston Rose. This Rootsy number comes from an outfit led by Henry who has performed with UB40, Aswad and Alton Ellis. Track 7: CEE ROCKA (feat. Dougal & Ccyc). This slower instrumental on which trombone is the lead instrument and once again comes mid-tempo. The overall sound is haunting and memorable. Track 8: THE UNDERGROUND (feat. Devon Russell). The slower side of Reggae, this comes via the vocal of an artist well-known to most Jamaican music fans. Not only a singer but also a songwriter and with a vocal that revolves around the underground, not transport it is clear and easy on the ear. Track 9: WHERE THE RIVER (feat. Earl 16). A mid-tempo slice of cool Reggae from Earl. Born Earl John Daley in 1958, his career began in the mid-’70s. Another vocal over an uncomplicated rhythm track. Track 10: HARDER (feat. Ernest Ranglin). The unmistakable guitar sound of 89-year-old Mr Ranglin is a fast number, bubbling over with class. A toe-tapper and one of the top tracks on this release. Track 11: FUTILE CAUSE (feat. Alexia Coley). Second track from this artist and the faster side of Reggae on which Alexia gives another classic vocal. The rhythm track comes with some brassy moments and adds up to another of the top tracks. Track 12: DOWN RIVER (feat. Ms Maurice). Finishing off this disc we hear more accomplished trumpet playing. The rhythm track comes Rootsy and overall this is a fine closing track.

To sum up this release one has to say that it is good to hear today’s Reggae, mostly produced in the UK. The Ken Boothe track was produced in Kingston, Jamaica, and most of the artists will probably be new to the readers of this review. It comes with a collection of very capable artists and a release that would enhance any Jamaican music collection. This release comes in both CD and LP formats.

Tell Me Why ft. Ken Boothe

Conclusion A release that would enhance any Jamaican music collection.