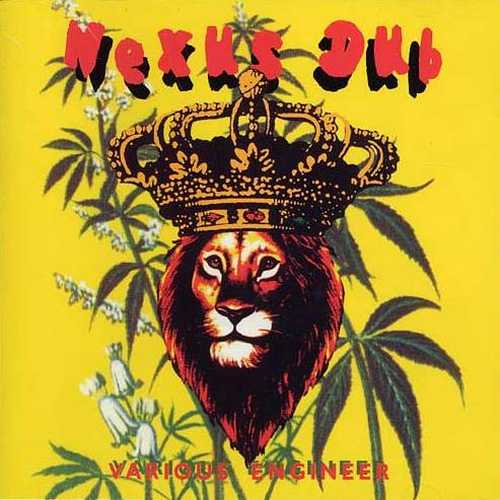 Prolific producer Roy Cousins has released a staggering amount of vocal albums, but he’s probably also one of the very few producers whose output of dub albums isn’t easily equaled. Of course, not all of the about 20 dub albums are interesting and of really good quality, but some of them are. They include the Pressure Sounds release Dubbing With The Royals and Nexus Dub, a compilation CD with dub versions recorded between 1967 and 1980 which, since its original 1996 release, has been reissued several times.

Nexus Dub offers the listener dub versions of tunes from the vocal group The Royals, of whom Roy Cousins was a core member, as well as dubs from Roy Cousins’ other production work with people like Earl Sixteen, Charlie Chaplin, I Roy, and Cornell Campbell. The tracks included on this album are dubbed up versions of some of the strongest riddims to be found in his extensive catalogue. The bulk of the material featured here was mixed throughout the 1970s by some of the most relevant dub engineers in the genre’s history: Sylvan Morris, King Tubby, Prince Jammy, Crucial Bunny Tom Tom, Scientist, Errol ‘ET’ Thompson, and Barnabas. It makes this collection of dubs interesting to listen to as it gives a great overview of the different styles of dubbing up tracks these people had.

This ‘dub excursion’ gets started in real fine style with a dub version of Earl Sixteen’s Sugar Love called Sugar Plum Dub, which was done by Sylvan Morris of Studio One/Harry J fame in 1979. He was also the mixing engineer of Miss ‘P’ Dub, a great dub piece of Earl Sixteen’s Hey Girl. Also, the dub originator Mr. Osbourne Ruddock aka King Tubby, is present here with three dub versions of songs done by The Royals. First, there’s Dub Pieces, a dub workout of the much-versioned Pick Up The Pieces, followed by Sufferer’s Choice Dub (Sufferer Of The Ghetto) and Ghetto Dub (Ghetto Man, and also Heart In Pain). With regard to King Tubby, it’s also interesting that this set includes Old Time Dub, an Errol “ET” Thompson dub version of Lloyd Ruddock’s Genuine Way, a single recorded by King Tubby’s son for Roy Cousins’ Wambesi label.

Crucial Bunny Tom Tom’s awesome I Done It Dub, which has no vocals, is the dub to Charlie Chaplin’s One Of A Kind, Earl Sixteen’s Crisis and also Junior Reid’s Oh Happy Day. Another standout track is Scientist’s pounding dub version of Cornell Campbell’s wicked stepper Jah Jah Give Us Love. This is classic dub in all its glory!! Also great to hear are Mind Blowing Dub and Dub School, both done by Professor. In these two dub versions the vocals of Earl Sixteen float in and out of the mix. Mind Blowing Dub is a wicked dub to Earl Sixteen’s Mind Drifting, while Dub School is the dub to the singer’s song Reggae Rock (on the same riddim as The Royals’ If You Want Good).

Jah Jah Give Us Dub

Conclusion A great dub album that you shouldn't miss out on if you're a fan of vintage dub material.