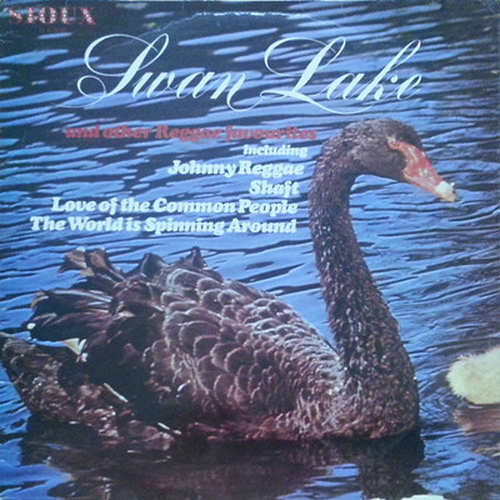 When choosing an album to look at for the Vinyl Trackback feature I try to find one that is unlikely to be reviewed anywhere else. I am sure that with this album I have found one that fits the bill.

Track 1: JOHNNY REGGAE – Roosevelt Singers. This is a Roosevelt Production and who the singers are is a mystery. We all remember the original by The Piglets that became a sizeable UK hit, and this version does nothing to make the song sound any better than the first time around. Track 2: WORRIED OVER YOU – King Reggie. Here we have a pleasant sounding Reggae sound that has an orchestral backing, the vocal is good and altogether not a bad track. Track 3: I’M IN A DANCING MOOD – Junior Smith. This song was originally written and recorded by Delroy Wilson and Junior Smith covers it really well. Track 4: VIETNAM – Sammy Smith. Here we have a Jimmy Cliff song that he also recorded sung by another artist that I am not familiar with. This version is nowhere near as good as the original with a shouted vocal in front of a female chorus. Track 5: RICH AND THE POOR – Geoff Jones and The Supercats. This track is written by Pat Rhoden, who you may be familiar with as he was a prolific recording artist in the UK. This mid-paced Reggae sound is pleasant enough with some fine harmonica playing on the backing. Track 6: SLAVE DRIVER – King Reggie. The second track by this artist and a recording without any orchestra involvement. The overall sound is pleasant enough but nothing special.

Track 1: SHAFT – Jumbo Sterling. This is the first track by an artist you may have heard of and the song, which should be familiar, was written by Isaac Hayes for the film of the same name. As with a previous track, harmonica playing is prominent and overall this is one of the best tracks on the album. Track 2: TO BE YOUNG GIFTED AND BLACK – King Reggie. It’s that artist again with a version of the Bob & Marcia UK hit. Nothing like the original with weak vocals that even though the artist is King Reggie there is a female helping out. Track 3: SWAN LAKE – Montego Melon. One wonders where the artist’s name comes from, anyway, this is a cover of The Cats’ original that was a small UK hit and a passable version. Track 4: LOVE OF THE COMMON PEOPLE – King Reggie. This is nowhere near as good as the Nicky Thomas hit version and has a vocal that seems to run away with itself. Orchestrated as one would expect. The song is excellent but this version is well below par. Track 5: THE WORLD IS SPINNING AROUND – Joe Higgs. Another artist that you may have come across on a jumpy Reggae sound that is good enough to make it possibly the best track on the album. If you can pick up this track on the internet it is worth a listen. Track 6: THE HAPPY SONG – Twinkle Brothers. This outfit was formed in 1962 and are prolific recording artists; with this in mind you may have come across them in the past. The song was written by Soul artists Otis Redding and Steve Cropper and lends itself to being given the Reggae treatment.

This album, apart from two tracks, was produced by Jack Price who owned the Sioux label and was distributed by President Records. One wonders if some of the artists are Mr. Price himself as he was a recording artist in his own right. Probably an album nearly impossible to purchase as it dates back to 1972 and I wouldn’t suggest spending valuable time looking for it.

Joe Higgs – The World Is Spinning Around