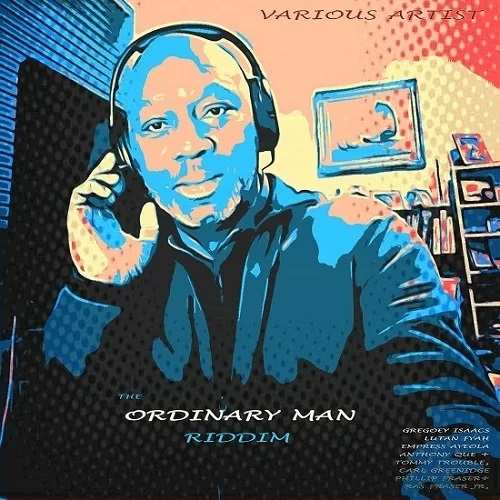 Back in 2006, Emmanuel ‘Rude’ Davies, who has been producing since 1993 independently and has made music in many genres including dancehall and reggae, released the Gregory Isaacs album Come Take My Hand on his label Mun Mun International. One of the 13 vocal tracks was the Carl ‘Dillie’ McLeod of Stingray Records mixed Ordinary Man, which now reappears on an 8 track EP called The Ordinary Man Riddim.

For this one riddim project, out on Rude Productions, Emmanuel ‘Rude’ Davies has artists such as Empress Ayeola, Lutan Fyah, Anthony Que, and Phillip Fraser engaged to voice a cut on the riddim that underpinned Gregory Isaacs’ Ordinary Man. A shortened version of the appealing backdrop gets things started before UK based veteran Empress Ayeola immediately takes the spotlight with her solid message tune Mother Nature. Spanish Town chanter Lutan Fyah delivers a lyrically powerful offering titled Exit The City, which affirms that he’s one of reggae music’s finest wordsmiths. Gather Around by father and son Fraser has a vintage roots feel to it, while the incomparable Cool Ruler doesn’t disappoint at all with the very well done title track. After Carl Greenidge’s instrumental piece the EP is rounded off with Anthony Que’s Time Won’t Wait and Tommy Trouble’s Sweet Jamaica.

Although nothing really super here, this EP definitely contains some nicely vibed tunes.