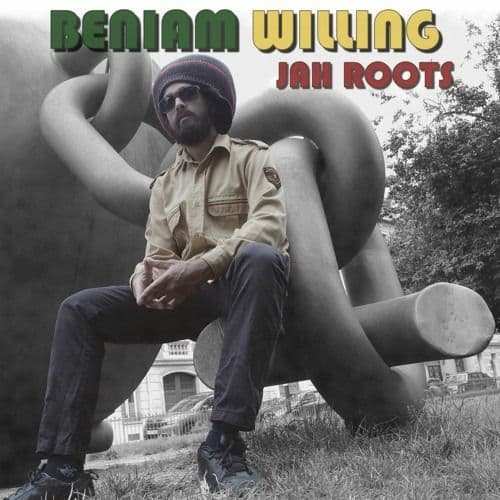 Apart from a small group of connoisseurs of the French Reggae scene, the name Beniam Willing isn’t a familiar one in the international reggae world. So, here’s a brief introduction… At a very young age, his father and big brother introduced him to the music of artists like Michael Jackson, Lauryn Hill, Robin Williams, Aerosmith, and BB King. He started playing guitar at the age of 12 and tried to reproduce guitar solos of some of the biggest Blues names. Together with his brother, he started doing their first Raps inspired by Lunatic, Sniper, or Psy 4 de la Rim. He then discovered Reggae music with artists like Sizzla, Capleton, Anthony B, Don Carlos, The Skatalites, Gregory Isaacs, Delroy Wilson, and Steel Pulse… While in high school, he navigated through other musical universes like Electronic Music together with his friend Loïck. One day on the internet, Loïck discovered an event called Dub Station at The Trabendo in Paris. It brought together Sound Systems like Channel One Sound System, King Shiloh, and Jah Shaka. The two high school students decided to set up their own Sound System which they named Melodical Soundsystem. Beniam Willing built his first home studio called the Jahstem Studio where he created Reggae music inspired by Aba Shanti, Jah Shaka, and Mad Professor. It was with Jahtool that he released his first Reggae Dub CD called Born & Raise followed by Don’t You Know together with Fred Z from Tu Shung Peng crew, which was more Roots Reggae. Later on, he released three Dub Warrior 12″ singles on Shasha Records and built a few riddims for other labels. Besides being a versatile musician who can build Ska, Rock Steady, Roots, or Stepper riddims, Beniam Willing is also a good singer with a style of his own.

Beniam Willing’s first solo album entitled Jah Roots is an homage to His Imperial Majesty Haile Selassie with the music created, voiced and mixed by himself. The ‘Showcase’ album features six vocal cuts with 100% conscious lyrics and six dub versions. It’s an authentic sounding collection with Beniam Willing showcasing his warm singing style as well as his skills and abilities as a musician and mixing engineer. Faith in the Most High is the central message of this album. This immediately becomes clear in Babylon, which is a solid album opener underpinned by a gorgeous riddim as also can be experienced when listening to Babylon Dub. In this song, Beniam Willing tells the often overlooked marginalized people of the world to have faith in Jesus Christ. Other clear examples are the stirring title track Jah Roots, which comes across a sublime old skool vibed riddim, and the undeniable nice sounding Every Little Thing. In some way Fear Not, one of the album’s highlights, and the matching Wise And Courage are reminiscent of Roberto Sánchez’s rootical productions and that’ ‘s not a bad comparison at all. The last two tracks on the B-side, Wicked A Flop & Wicked Nah Dub, are an utter joy to hear and a big way to end matters here.

Conclusion Such a good debut LP shouldn't go unnoticed! So, get it while you can!