Earl George – One & Only 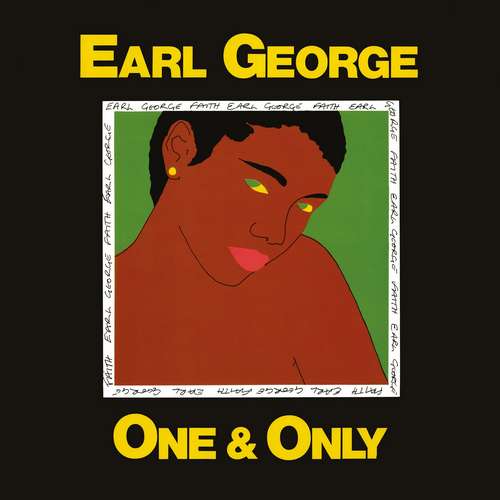 Although Earl George Lawrence, aka Earl George, George Earl, George Faith, Larry Lawrence, started his musical career in the early 1960s, it was not until the early 1970s that he achieved real success. For Lee Perry, he recorded an impressive cover of William Bell’s To Be A Lover which was quite successful. When the collaboration with Perry was resumed it resulted in the now-classic 1977 album To Be A Lover. The LP is ranked by many as the greatest set Perry cut with a solo vocalist. Read our review here. During his work with Lee Perry, the producer ‘renamed’ the singer George Faith, when they were in the recording process of To Be A Lover aka Super Eight. The years after he recorded for several producers, such as Phill Pratt and Alvin Ranglin but his releases found little resonance with the public. In 2003, aged 56, he passed away.

This set was produced by Phil Pratt in 1978 while George was working with Perry on a follow-up to To Be A Lover. This combination was not conducive to the recordings and the result was that Phil Pratt supplemented the LP with three previously released singles.
Thematically, George focuses, as we are used to from him, on the theme of love in all its facets. That’s his specialty, and he’s good at it! We’re familiar with the opening tune Love Is from another mix, but without the disturbing flute solo present here. Evidence of George’s vocal class is his solid performance of the obligatory Top 40 hit Hooked On A Feeling. What should certainly not go unmentioned is his uptempo cover of Johnny Taylor’s Love Depression. That was one of the aforementioned Phill Pratt singles. Love Is Something was also one of those singles, released in 1976 on the Terminal label. The way George covers Brook Benton’s hit So Many Ways is top class, aided by the beautiful organ part. Then there is also his interpretation of the song Greenhills in which he muses on the past with his beloved. He had already recorded another version of this song for Randy’s in the early 1970s.

Although the album does not have the unsurpassed class of its predecessor To Be A Lover, there is still plenty to enjoy here!

A Love To Guide Me

Hooked On A Feeling