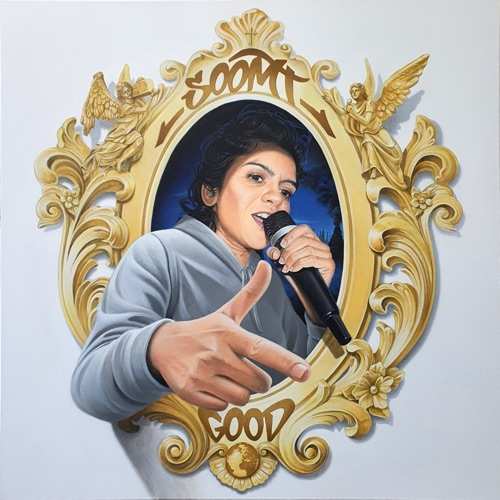 After having given a foretaste of her brand new album with some advance singles including Yes My People and World We Live In, Scottish MC of Indian origin Soom T finally presents the long awaited follow up to the 2020 The Arch album called Good. This new album, the result of ten years of writing, composing and production work, is entirely self-produced for her own imprint Renegade Masters and released by French label X-Ray Production.

On this 16-track album, Soom T blends the studio recordings of her musicians, The StoneMonks, with digital productions from various composers including French producer Kiko, London dub legend Gaudi, and Alex Dupuis of Flash Hit Records. From this multitude of musicians and producers, the sound for this album is born at the crossroads of reggae, dub and jazz, even sometimes pop.

The previous singles Big Bad World and Yes My People as well as Born Free, My Struggle, Your Time, and My Shelter are composed by Rub A Dub Mrkt’s Cedrik Ynesta aka Kiko. It are these tracks that bring a distinctive digital sound to an important part of this album. On the other hand, there are tracks like Don’t Stand for Dis and Steps that carry the sign of Bologna-born musician, composer, and record producer Daniele Gaudi Cenacchi aka Gaudi aka Dub Alchemist. Here, the man known for using the throbbing bass and hallucinogenic echo of dub reggae as its foundation pays homage to the early hours of dub music with great echoes and reverberations in the purest tradition of the style. And it’s recommended to listen to the Alex Dupuis composed One Real Friend if you’re looking for a track with a swing and jazz touch. Together with The Stone Monks, Soom T composed and recorded World We Live In, Our Day, I Wanna Live, Get The Fruit, and One More Tune in Paris over several years. This was done under the supervision of Xavier Waks, who also mixed the entire album.

Soom T is known for denouncing nowadays political and social issues, which she does with a spiritual approach, an inimitable style, and an incisive flow of her own. In songs like the album opener Big Bad World, she deplores the dark sides of our time, but then she also tries to find a ray of hope with tracks carrying positive messages such as the melodic Don’t Stand for Dis, or the catchy Yes My People and Our Day with its bright major chords.

Soom T has delivered another worthy album on which she once again shows the full extent of her talent and musical spectrum.