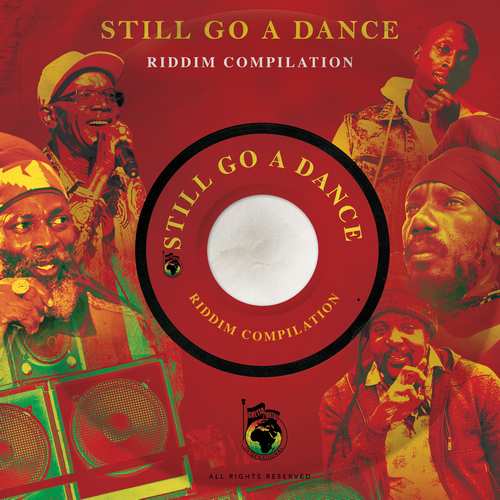 Ghetto Youth International artist Christopher Ellis, youngest son of the ‘Godfather of Jamaican Rocksteady’ Alton Ellis, has been steadily making his mark with songs such as Better Than Love, Here We Are, and most recently the Damian “Jr Gong” Marley produced red hot single Rub A Dub. It was in 2020, that he released the hugely successful double A-sided single Flame Against The Wind / Still Go A Dance, which was also produced by Damian “Jr Gong” Marley. Two years later, Ghetto Youths International presents the Still Go A Dance Riddim compilation.

It’s of course the soulful reggae crooner who opens the EP with the track that gave the riddim its name, Still Go A Dance. Christopher Ellis adds his top-notch vocals to a truly lovely backdrop and makes the song truly a joy to listen to. Also making their presence on the riddim are four veteran in the business. First there’s Beres Hammond whose Hold Yuh Corner is a message tune telling the youth “to be careful where to go and what to do.” Sung in his instantly recognisable style, this is a downright stellar song. While, in the past decade or so, Sizzla has become a hit-or-miss artist, Hail Jah sees him more or less return to the days when he was called ‘the new roots sensation to emerge from the blessed Isle of Jamaica’ and his albums became instant contemporary roots reggae classics. Hail Jah is one of the best tunes he has delivered in recent years. Just like Christopher Ellis’ Still Go A Dance, the collab song from Capleton & Yami Bolo titled Chosen People – featured on the compilation set Set Up Shop Vol. 4 and released as single in March 2021 – reappears on this EP. Chosen People reunites Yami Bolo with Capleton, after previously having joined forces on singles like 1996 Fat Eyes produced Put Down The Weapon and Zion High’s Liberation from 2004. The two veterans deliver a fully satisfying message tune, well worth hearing.

Only four tracks for the Still Go A Dance Riddim, which is a pity as it all sounds really good.