Barry Biggs – The Very Best Of 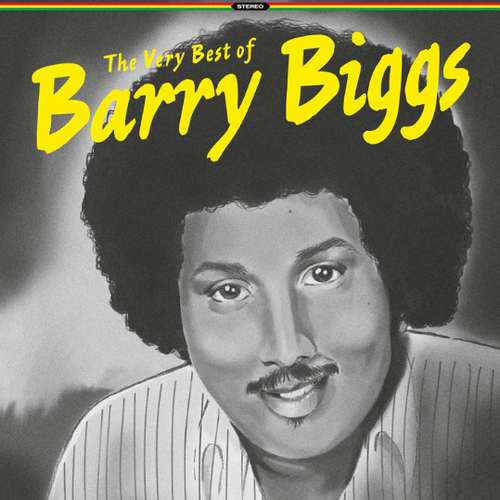 Barry Biggs, born in 1946 in Kingston, made a living as a recording engineer and cameraman with the Jamaican Broadcasting Company, but was “destined to be a singer”. In 1970 he recorded a single for Harry Johnson and joined Inner Circle as a singer. After that, he moved to The Astronauts, “a fantastic band, but we only ever made two records”. His career really took off when he was asked to join Byron Lee’s band. Byron was looking for a vocalist with a voice in the genre of American soul groups such as The Stylistics and The Delphonics. He scored an impressive string of hits, mostly covers of popular soul tunes. Contrary to the roots/rasta trend in reggae during the 1970s, the sweet-voiced singer continued to focus on songs in the romantic genre, the genre in which he excelled and felt at home. His version of Love Come Down, originally recorded by Evelyn ‘Champagne’ King, was a top 5 hit in 1983 in The Netherlands. His output declined after the 1980s, but last year he surprised us with the release of a new album, recorded at the Heavy Beat Recording Studio in Miami.

Recently Burning Sounds released Barry’s first two albums on a double CD. It concerns the albums Mr Biggs from 1976 and Sincerely from the following year. A total of seven bonus tracks were included in this release. At the end of May, Burning Sounds released this album, containing 14 songs from his hit making career, which has spanned the best part of half a century. The re-recorded songs are the result of recording sessions that took place in February and March 2020 at Rollover Studio in London and Gordon Mulrain’s studio in Ipswich in November and December 2021. The producer, Delroy Williams, is the man behind the Storybook Revisted series from Burning Sounds, including albums by JC Lodge, Errol Dunkley, The Tennors and Susan Cadogan.

Of course, this album, filled with lush love songs, brings no surprises or changes of style, this is ‘big peoples’ music to the max! Very remarkable is the fact that Barry’s voice still sounds as fresh and sweet as ever, the man still has the same beautiful falsetto voice, which, as said before, fits perfectly with the romantic themes of his songs. Unsurprisingly, the album features Barry’s hit songs such as Side Show, Three Ring Circus, Love Come Down, You’re My Life , Work All Day (Play All Night) and Wide Awake In A Dream. In addition, he has made a good choice from immortal classics, to perform them in his own way as a reggae version. Check out The Temptations’ Just My Imagination and The Stylistics’ Let’s Put It All Together, not to mention Reflections Of My Life by the Scottish group The Marmalade.