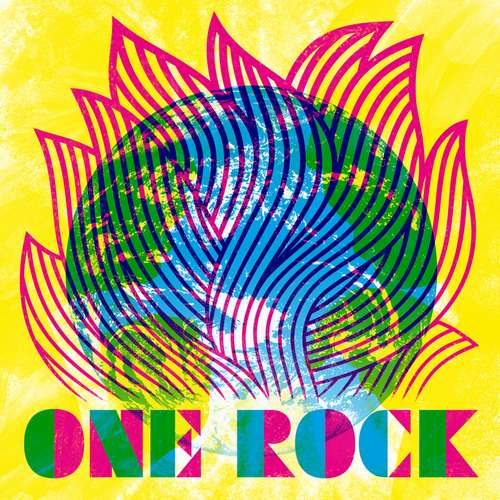 The influence of Harrison Stafford runs through the history of Groundation as a common thread. In 1998, Harrison formed Groundation, as a roots reggae/jazz fusion group with fellow students at Sonoma State University. Their first two albums were well received, and the band established themselves as a promising US roots reggae band. Engineer Jim Fox remastered the two albums and has remained their regular engineer ever since, contributing to their success. The group broke through internationally with the album Hebron. Since then the motto has been ‘forward ever, backward never’, even though the group has always had a very strong, conscious connection with the roots of the reggae and its foundation artists. The group has an open mind for other types of music and incorporates jazz, world, rock, and blues into their compositions to a greater or lesser extent. These compositions, especially on this album, are often complexly structured, and multi-layered and thus testify to the craftsmanship of the group. Lyrically, these songs have substance and depth, influenced by the global crisis of recent years.

“This album is livicated to the elders. Those legendary Jamaican reggae artists who challenged the system and inspired us to become better individuals….It is to them that we owe an eternal debt and the utmost gratitude.”

For this album they have invited well-known and much-acclaimed foundation artists, check this: Israel Vibration, The Abyssinians, and The Congos. The collaboration kicks off with the opening track, aptly called Original Riddim. The perfect contribution of Israel Vibration and The Abyssinians is natural, completely organic. The tune is powerful, an unrelenting musical crusade! The song Human Race is strongly influenced by the input of the horn section, providing a jazzy undertone. Even a semi-classical string orchestra pops up, definitely a tune that needs some time to sink in, and that also applies to the song Greed with its surprising rhythm changes. The structure of the tune Market Price is unpredictable. After a classical/jazzy intro you are gripped by a subtly skanking, head-nodding riddim. Nice! The Congos make their appearance in the title track. Unfortunately, this tune is somewhat marred by the lengthy guitar solo. The voices of The Congos provide an exciting contrast to Harrison’s vocal input. Israel Vibration returns on Iron, an uptempo song, without any surprises.

Musically, this album is absolutely 100% well thought out and executed. But sometimes it raises the question: “what about the catchy, simple drum and bass, where’s the skanking reggae beat?” Several tunes on the album are full of twists and turns, and sideways to other styles, which will not be fully appreciated by everyone. Reggae purists will occasionally raise their eyebrows. Its obvious complexity and many unexpected twists in style and tempo seem to do this Groundation album more harm than good. In all, the album would have benefitted from a less pretentious, more accessible approach.

Day When The Computer Done

Conclusion Although their 10th album is musically at an exceptional height, it has too few simple pulsating reggae beats to cause real excitement and have great appeal.