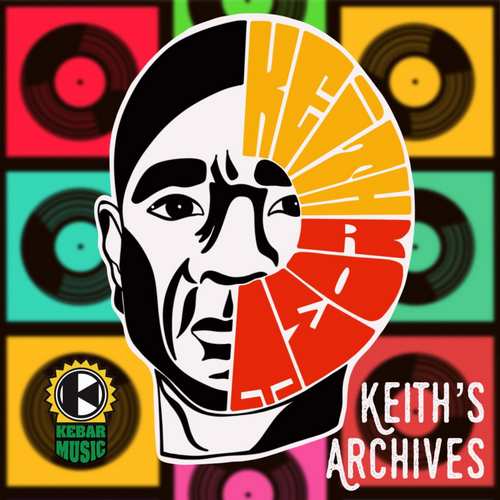 Mention the name Keith Rowe to any longtime reggae fan and you’ll immediately see a big smile on his face as he will remember this Jamaican vocalist as a member of Jamaican rocksteady duo, Keith & Tex, who made their mark with a slew of hits and classics that have lasted more than half a century.

When they formed a duo, Keith and Tex auditioned for producer/singer Derrick Harriott with whom they eventually found success. Working with Harriott, they recorded a series of singles in the late 1960s, including Stop That Train (a cover of The Spanishtonians’ ska version), Tonight, This Is My Song, Don’t Look Back (a cover of The Temptations song), and Let Me Be The One. They ceased working together in 1970 when both emigrated with their families – Rowe to the US and Dixon to Canada. Keith Rowe joined the US Army in 1972, staying in for twenty years, but also found time for music, recording as a solo artist, working with producer Lee “Scratch” Perry, releasing tracks such as Groovy Situation and Living My Life, and recording further singles in the US, including a few on the Kebar Music imprint. Keith & Tex reunited for some live shows and released a new album in 1997 appropriately titled Back Together Again. The duo began touring again in 2013, performing worldwide at some of the most influential music festivals from Asia to Europe, Australia, and North America. In 2015 they released a new album Just Passing Through followed in 2017 by a new, completely rocksteady album entitled Same Old Story on the Spanish record label Liquidator.

And now there’s a brand new album titled Keith’s Archives with solo works from Keith Rowe consisting of eight vocal cuts and two dub versions. Featuring the two lead singles Be Yourself and Miss Jamaica, the album is a collection of Keith Rowe’s previously recorded solo tracks. The aforementioned two tracks get the album started in a nice way as these are lovely sung tunes on fine original riddims, building very nice and comforting vibes. Next comes Jah Pick Me Up which pushes the levels here even higher. Delivered over a relicked version of the Sensations’ Every Day Is Just A Holiday, this is a killer roots piece. Also, the lovers piece Midnight Plane To Jamaica, a reworking of Gladys Knight & the Pips’ Midnight Train To Georgia, is underpinned by another relicked riddim, the Wailers’ lovely Thank You Lord. Sweet vibes throughout. Both Never Let You Go and Give Me The Right are pretty much standard love songs, which just sound nice. The last two vocal tracks are closer to sweet soul music rather than reggae. The dub versions of Be Yourself and Miss Jamaica round off Keith’s Archives album. Despite a few really strong tracks, this isn’t a fully satisfying collection of tunes.