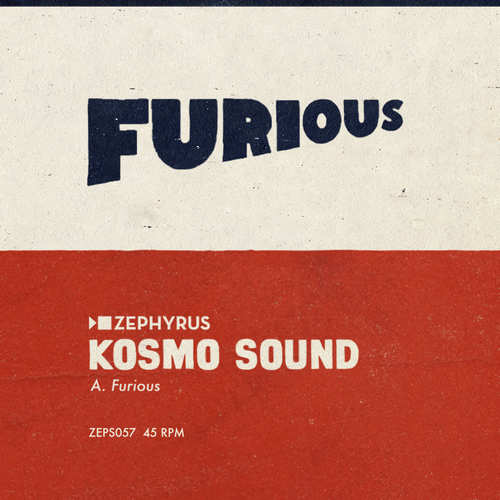 Released as digital download on their bandcamp page on January 9, 2020,  and before that already played during live performances, Kosmo Sound has finally issued the instrumental piece called Furious on a limited edition 7″ vinyl single. Although Furious predated the release of their debut album Antenna, it surprisingly wasn’t featured on that highly acclaimed platter of which the tracks Teddy Dub, Yeasterday, and Hofstr. reappeared in 2021 as remixes done by Daniel Boyle, Alpha & Omega, and Christopher Lonneville.

Fruit Of The Void, the sophomore album from the six-piece dub formation from Ghent, Belgium, is scheduled for release in the fall of 2022. Aptly titled Furious, this is the first single taken from that album. It’s backed by an exclusive dub version by Kosmo Sound’s drummer Marius Couvreur. The infectious Furious is a mind-blowing, totally exciting instrumental piece that provides almost 6 minutes of fulljoyment. Besides a prominent Arabian influence and a good dose of percussion, it also incorporates an infectious heavy bass, nice sax parts and spacey sounds. As previous releases have shown, Kosmo Sound is capable of creating intriguing well-built soundscapes and Furious is no exception. On Marius Couvreur’s more echo-laden dub version, Mattias Geernaert’s masterful bass play comes to full expression which will surely satisfy the bassheads.

This Kosmo Sound single is a Sound System killer!!