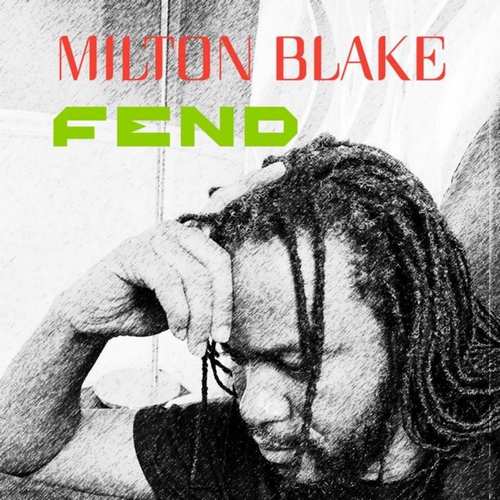 After the release of his 2013 debut album People Need Jah and the sophomore set Temporary Obstacle in 2019, veteran reggae singer Milton Blake from Jamaica returns with his third full length album entitled Fend.

Born in the parish of St. Catherine, Milton Blake started voicing out on a community based sound system named Stereo Tone Hi Fi. It was there he started growing musically, working alongside artists such as Admiral Tibet and Lt. Stitchie to name a few. Shortly after, he met producers Steely & Clevie at the famous Mixing Lab studio and did a combination tune with Bingie General. He went on to record the song He Lives for Dwight Pinkney of Roots Radics Band, Thank You and Mr. Government on Henfield Records, and many more songs for other producers. Milton has since perfected his musical skills and performed on shows across Jamaica, Barbados, and the United States. Sparring with Luciano and Mikey General he was around some of the great reggae musicians and producers such as Dean Fraser, Earl “China” Smith, King Jammy, and Bobby Digital, he got the knowledge of how to put together a proper recording project. Although two studio albums and various singles haven’t led to Milton Blake establishing himself as a household name in reggae business, people should definitely check the singer’s music and more specifically his latest album.

With the 12-track album Fend, Milton Blake delivers a very well put together and classy set. It’s actually a compilation of songs produced by the artist himself and other producers including Lloyd Dennis for Pick Out Records, Alvin Ricketts for Turbulence Int., and Jah Mikes for Reggae Vibes Productions. Riddimwise, those who favor and enjoy relicked versions of classic backdrops are served well with remakes of riddims such as The Heptones’ Party Time, Jimmy Riley & The Three Tops’ You Should Have Known, The Fugitives/Soul Agents’ The Lecture, and Peter Tosh’s Legalize It to name a few. With these riddims and a few not mentioned others, it’s obvious that Fend has a very clear leaning towards the old skool. Nothing wrong with that at all. Vocally, this is also a worthy collection as Milton Blake has a smooth and appealing voice that blends perfectly well with the riddims he rides. In all, Fend is a solid album throughtout with the highlights being Rub A Dub, Caan Trust Dem, title track Fend, the gorgeous Just A Song, and I Am Safe.