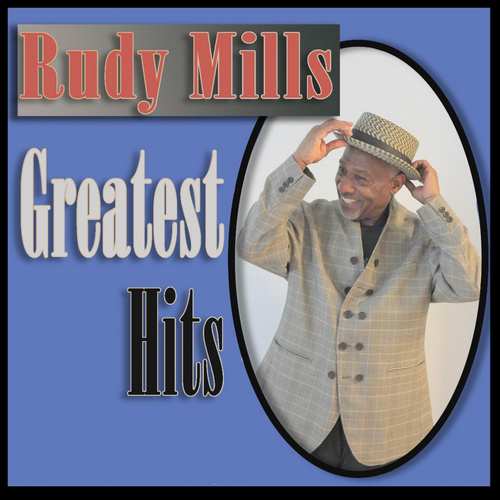 One thinks of Rudy Mills as a one hit wonder with his recording of ‘John Jones’. The true story is this album which contains many more of his hits. Real name Rudolph “Rudy” Methain Mills, discovered by producer Derrick Harriott, he is best known for his releases during the Rock Steady era in the 1960s. Mills was in a band called Progressions.

1: JOHN JONES. This fast slice of cool Reggae comes with Rudy giving a soulful vocal in front of a classic rhythm track. Remember this from the ’60s and is a number one wants to sing along to. 2: I’M TRAPPED. This mid-tempo number comes with another soulful vocal along with an on-and-off female chorus. Nice percussion on the rhythm track. 3: PLACE CALLED HAPPINESS. Fast Reggae sound which has a full-on vocal from Rudy and again he is helped out by a female chorus. Some nice organ playing on the rhythm track. Catchy number this one, and was the b side to John Jones. 4: TEARS ON MY PILLOW. This is a well recorded song and we remember the UK hit by Johnny Nash in the early ’70s. This may not be the most known version but is a fine rendition, this being less commercial. Originally recorded on Pama’s Crab label. 5: WITH EVERY BEAT OF MY HEART. A fast number with a classy vocal and is not the song recorded by numerous Pop/Soul artists over the years. Another vocal chorus is present on the backing track, it comes with some fine trumpet work. 6: HANG YOUR HEART TO DRY. This mid-tempo sound has the chorus behind the lead vocal most of the way through The rhythm is more chug-along than previous tracks. Released by Pama Records and produced by Derrick Harrriott.

7: TIME IS ON MY SIDE. This is another well recorded song and Rudy does a fine fastish rendition, that lends itself well to the Reggae treatment. This is 2mins 10sec and worth a listen. 8: A HEAVY LOAD. This was released on Pama’s Crab label in 1969 and it moves swiftly, coming with a cool vocal and backing chorus. Produced by Derrick Harriott and composed by Rudy Mills/Derrick Harriott it comes as a Boss Reggae sound. 9: WHOLESALE LOVE. Foot-tapping Reggae with a distinctive Pama production The rhythm track is straight with a chorus adding to the overall sound. This was the b side to A Heavy Load. 10: GOODY GOODY. Starts off with an instrumental intro before Rudy sings the title several times. The overall sound is cool with an uncomplicated rhythm track and was the b side to Lemi Lemi-Li, a later track. Catchy number this one. 11: LEMI LEMI LI. The title was used in a pop recording back in the ’60s, not sure which one, it is slower than many of the album’s tracks and is a catchy sing-along sound. It has another soulful vocal from Rudy helped out by a chorus. It was the b side to Goody Goody. 12: A LONG STORY. Originally released on Island’s red and white label in 1967 and comes with a high-pitched vocal. The rhythm track is mid-tempo with a catchy riff. Produced by Derrick Harriott and Groove Records it is the album’s final track.

This album brings to the fore another of Jamaica’s recording artists who should have maybe found more success in the UK. The album contains tracks that are up with many of the recordings of the well-known artists who had success on these shores. One hopes to see made more albums such as this and bring to the fore many more of the less successful Jamaican artists and groups. Many of the tracks are also to be found on the Pama Records album ‘Rudy Mills Reggae Hits’ which may be in any Jamaican music fans record collection.

Conclusion An enjoyable collection of tunes from a Jamaican artist who found success in the UK.