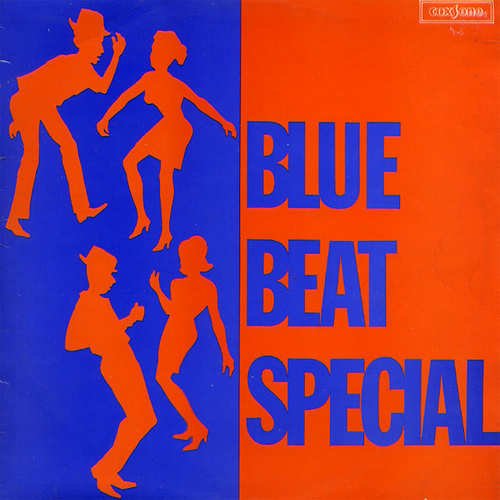 Since purchasing this album in a North Watford record shop it has always been a favourite in my vast album, 45rpm, and CD music collection. As the album cover states the rip-roaring instrumental ‘Something Special’ almost leaps from the speakers to make this album something different. With 10 top notch tracks from artists covering the Blue Beat and Rock Steady genres it is easy to understand why the album is titled “Blue Beat Special”. As for adding this album to your Jamaican music collection, after 54 years since its original release, it’s surprisingly still available on various music websites. Originally the album had a special introduction offer price of 13/11p and was recorded at Jamaica Recording Studio, produced by the legendary Coxsone Dodd, on his original light blue Coxsone label in 1968.

1: SOMETHING SPECIAL – Soul Vendors. This fast moving number is Jamaican music at its best with a catchy rhythm track and fine musicianship. Formed in 1967 in Kingston, Jamaica, Soul Vendors were the house band at Studio One. Various musicians such as Ernest Ranglin, Jackie Mittoo, and Vin Gordon made up this outfit. Appeared on the album “Ska Au Go Go” (Coxsone CSL 8003). 2: DO IT RIGHT NOW – The Termites. This outfit was made up of Lloyd Parks, Wentworth Vernal and Winston Watson. Not a classic name for a group but certainly a classic track. With a pulsating bass led rhythm track and combined group vocals it is hard to forget once heard. Released as a single (Coxsone CSL 7025). 3: MIDNIGHT SPECIAL – Jackie Mittoo. As one would expect this is a full-on organ instrumental with a mid-tempo rhythm. As we all remember Jackie Mittoo started his music career as a member of The Skatalites and to this day he is still a Jamaican music legend. Appeared on the album “Jackie Mittoo In London” (Coxsone CSL 8009). 4: LET HIM TRY – Alton Ellis. Another Jamaican legend on this track and Alton gives us his usual soulful vocal. This comes with a mid-tempo rhythm and some fine percussion and it is a classic track. Appeared on the album “Alton Ellis Sings Rock ‘N’ Roll” (Coxsone CSL 8008). 5: THE WHIP – The Soul Vendors. This starts with the words “The Whip” and then moves into a mid-tempo semi-instrumental. Vocals come in mid-way through in front of some classic percussion, a classic slice of Blue Beat. Appeared on the album “Soul Vendors On Tour” (Coxsone CSL 8010).

1. GET WITH IT – Soul Vendors. This begins the other side of the album and is bass led with sporadic vocals. The trombone is very apparent on and off throughout. Overall this is a toe-tapping number and a classic recording from a classic ’60s outfit. This appeared on the album “Soul Vendors On Tour” (Coxsone CSL 8003). 2: GROOVE TO THE BEAT – Keith & Ken. This duo is made up of Keith Hudson and Ken Lazarus on a slower number with smooth vocals. The rhythm track is basic but comes together with the vocals to give the listener a pleasant track. Appeared on the album “Get Ready Rock Steady” (Coxsone CSL 8007). 3: MY LAST LOVE – The Termites. This duo come with no-frills and consist of Lloyd Parks and Wentworth Vernal. Another slow number on which Lloyd Parks takes the lead vocal and is helped out by Wentworth at various times. The rhythm track comes with percussion and here we have a pleasing sound. Appeared on the album “Get Ready Rock Steady” (Coxsone CSL 8007). 4: EARLY BIRD – The Soul Brothers. This fast moving instrumental comes with classy percussion on a stomping rhythm track. It is a catchy foot-tapping sound from an outfit formed in August 1965. Appeared on the album “Hot Shot Ska” (Coxsone CSL 8001). 5: RUN BOY RUN – Dudley Sibley. This comes with a heavy bass guitar riff on the rhythm track. Dudley Sibley sings about the Rude Boys who were present in the ’60s and gives a young sounding vocal. All-in-all a very catchy number and is a killer Rock Steady tune. This finishes off the album and was released as a single (Coxsone CS 7010).

To sum up, this album one has to say that from the word go, when the needle goes down on the first track you can tell that the album is something different. It must rate as one of the best value-for-money albums of 1968, as each one of the ten carefully chosen tracks is a hit in its own right. This album can be purchased from various online suppliers at various prices so don’t take my word for it being a mega recording, purchase a copy and find out for yourself.

Keith & Ken – Groove To The Beat