ABU & The Rhythm Partners – From Soul To Reggae: Version Galore! 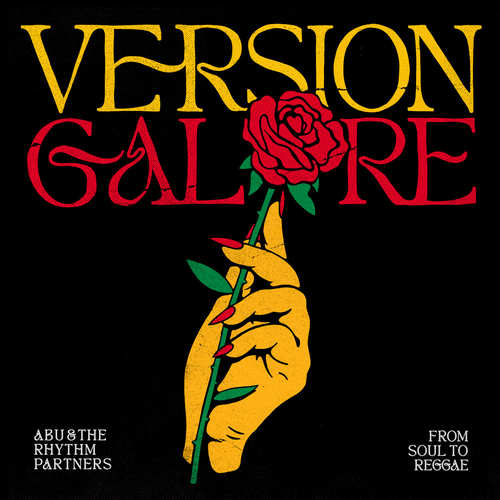 From Spain comes ABU & the Rhythm Partners, a collective of musicians and melomaniacs of different backgrounds with the objective of creating music that is artistic and soulful. Their latest project is an LP featuring music that is inspired by the sound of Jamaican music labels like Federal, Studio One, Treasure Isle and Randy’s as well as major US labels like Atlantic, Motown, and Stax.

In fact, for this project called From Soul to Reggae: Version Galore they follow in the footsteps of a whole generation of Jamaican singers, players of instruments, deejays, and producers who had grown up in thrall to the sounds of 1960s black America. In the early 1960s singers and vocal groups, who participated in local contests, sung material that was drawn from the catalogues of US Soul and R&B artists. By the end of the 1960s, Jamaica could boast the presence of several singers who equalled in emotional intensity their US contemporaries, among them singers like Ken Boothe, Alton Ellis, John Holt, Slim Smith, Pat Kelly, and Delroy Wilson as well as vocal groups such as The Sensations, The Uniques and The Techniques.

From Soul to Reggae: Version Galore does the same as what they did back then in Jamaica: mixing classic Soul melodies with Reggae riddims. Side 1 of this limited edition vinyl LP features reggae renditions of five Soul classics by various Spanish vocalists of which Payoh SoulRebel might be the best known name. Things get started with U-Rie’s very well-done interpretation of The Persuaders’ Love Gonna Pack Up (And Walk Out) from 1971. Payoh SoulRebel delivers a very good reggae version of The Radiants’ Ain’t No Big Thing from 1965, while female singer Camila does a really good job with her version of Mary Wells’ You Beat Me To The Punch. The Four Tops’ Baby I Need Your Loving from 1964 is probably the best known Soul classic here, which is performed by Carlos Amalgamah in fine style. The vocal side is rounded off by Nytto Dread with his interpretation of The Dramatics’ Whatcha See is Whatcha Get from 1971. It’s truly a joy to listen to all five tracks as they vocally and musically are of high quality. On Side 2, the listener can fulljoy the dub versions of the five tracks from Side 1 with vocal snippets going in and out of the mix.

This is a very entertaining project that hopefully hopefully will be followed by more ‘Soul to Reggae’ niceness.