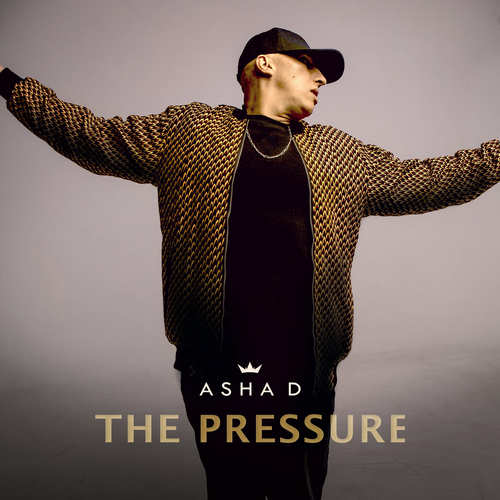 After having released notable collaboration projects with artists like Mark Cupidore, Rod Taylor, U Brown, Bobby Hustle, and Skillinjah, producer/musician/singer Asha D has finally released his solo project, although on two of the six titles of his The Pressure he has collaborated with Queen Omega from Trinidad & Tobago and Taïro from France.

Asha D grew up in a world steeped in music and it was in 1992 that he went on stage for the first time as a drummer. He’s a founding member of the Artikal Music label and one of the most experienced French backing band, Artikal Band. In his role as producer and director of Artikal Music, he has produced tunes with Sizzla, Mykal Rose, The Congos, Yaniss Odua, Tiwony, as well as many other artists.

Asha D has been singing and writing since a young age. His first appearance on a major project was the compilation + de Coeur = Soleil initiated by Pierpoljak, Universal 1998. He then participated in projects like Camarade, Feuj, l’Accent de Vérité, Saber, and Reality Anonymous and provided vocal backing for several artists including Junior Delgado and Rod Taylor.

As a singer in his own right, he tackles all themes but above all he’s mainly a conscious artist as can be experienced while listening to the tracks of this EP. Asha D denounces the physical and psychological pressures we all face in today’s world. Actually, The Pressure is a critical look at the problems of our society such as respect for our ancestors, our roots, our beliefs, and an invitation to continue on our path by freeing ourselves from all oppression. Musically the listener is treated to roots reggae, 1990s dancehall vibes, one drop, and current sounds. The lyrics are in English except for the collab. Vivre Ma Vie with Taïro which is delivered in French, and written by himself. Besides the previously released singles Roots Warriors, The End, Never Leave Me Alone feat. Queen Omega, and the already mentioned Vivre Ma Vie with Taïro, this project features two yet unheard tunes and two dubs as bonus tracks (Bandcamp only). The set features three big tunes including the familiar opener, which is an inspiring piece, the title track The Pressure, ultimately a very delightful song, and On My Way, in which Asha D expresses that no one can stop him now except Jah Jah. And don’t overlook the energetic raggamuffin’ piece Roots Warriors either.

In all, it’s much fun listening to this Asha D project.