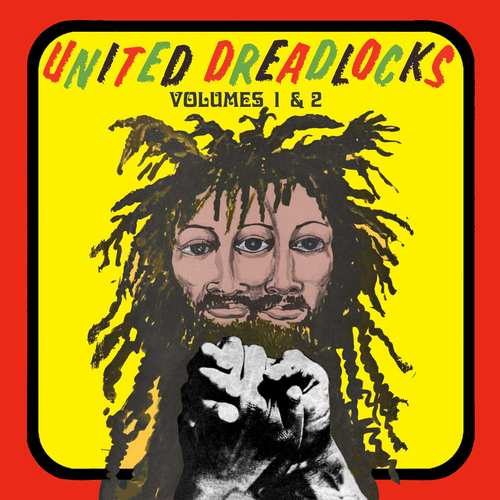 The two albums featured are on CD for the first time and they are two of the finest Roots Reggae recordings of the late ’70s. Many of the tracks are new to CD and featured are many of the biggest Roots Reggae hits. Produced by Joe Gibbs and engineered by Errol Thompson, Gibbs recorded many of the most popular Roots recordings of the late ’70s. The two albums are bolstered by the finest Joe Gibbs recordings from 1976 to 1977.

1: SET THE CHILDREN FREE aka SET THE CAPTIVES FREE – Gregory Isaacs. The unmistakable voice of Mr Isaacs on a mid-tempo number. Some fine instrumentation throughout and the words are worth taking note off. Written by the vocalist, it’s a fine way to start this collection. 2: CHILDREN OF ISRAEL – Dennis Brown. This is true Roots Reggae at its best with the familiar vocal we expect from Dennis Brown. Mid-tempo with a haunting backing track. This was published in 1977. 3: WICKED HAVE FE DRESSBACK – Earth & Stone. Here we have an outfit that will be new to many Jamaican music fans and comes with an unknown writer. It is a mid-tempo cool sound with a laid-back rhythm track and fine combined vocals. 4: DEVIL’S THRONE – Junior Delgado. This is written by Junior and comes as a mid-tempo slice of true Roots Reggae. The rhythm track is straight and uncluttered and we end up with a catchy number. 5: TRIBULATION – Joy White. This is the first track from a female artist on the original album and once again is a mid-tempo number. Joy White is not an artist found on many music collections. This comes with another straight rhythm track. First published in 1976. 6: WHIP THEM JAH – Dennis Brown. Laid back Roots Reggae is certainly heard on this mid-tempo sound. It comes with a straight rootsy rhythm track and Mr Brown gives the listener his usual classy vocal. First published in 1976. 7: JUDGMENT TIME – Junior Ross & The Spear. Another duo one has not heard before on a catchy mid-tempo number that swings along. The rhythm track comes with some fine instrumentation, organ, and trombone being the main instruments. First published in 1976. 8: RASTAMAN SAY – Junior Ross & The Spear. This track has an unknown writer and is slightly faster than previous tracks. The two artists blend together well as on the previous track and some nice brass can be heard on the rhythm track. First published in 1976. 9: LOVELIGHT (BURNING) – Gregory Isaacs. A young sounding Isaacs on yet another mid-tempo sound. It is an uncluttered sound and catchy. First published 1976. 10: MARCIA – Freddie McKay. This self-penned number comes from one of the Jamaican legends and the vocal shows why this is the case. Mid-tempo and with a cool straight rhythm track, this was a fine way to finish the original album. First published in 1976.

11: BABYLON TOO ROUGH – Gregory Isaacs. Self-penned by Mr Isaacs, this mid-tempo number shows off the artist’s vocal fully. Nothing much going on with the rhythm track just a clean Roots sound. First published in 1976. 13: ROCKERS NU CRACKERS – Glen Washington. This track is written by the vocalist and Joel Gibson and comes with another crazy title. Slightly faster than most of the original album tracks, Washington is helped out by backing vocalists. This is a toe-tapping number and the main vocal is cool and classy, nice organ mid-way through. First published 1976. 15: NO PEACE – Shorty The President. This starts with a spoken intro before moving into a DJ talk-over number with Shorty being a fine vocal. The rhythm track comes mid-tempo and is a tribute to the Channel One sound. First published in 1976. 15: NO PEACE – Shorty The President. Starting with a spoken intro before a sparse rhythm track comes in. As you would expect from Shorty it is a talk-over sound and produced by Joe Gibbs. First published in 1976. 18: DECK OF CARDS – Prince Far I. This song was originally popularised by Tex Ritter and Wink Martingale way back. On this we have a spoken vocal and it is hard to relate this version to the original. The backing track is as one would expect on this style of Roots Reggae. First published in 1976. 20: I’LL NEVER BE LONELY – Bobby Melody. This self-penned number will probably be familiar to many listeners but for one I cannot remember from where. It is a lilting number with fine vocals from Mr Melody and a pleasant smooth rhythm track. First published in 1976. 22: TRIBUTE TO MICHAEL HOLDING – Prince Far I. This Joe Gibbs penned number is a tribute to a cricket legend and is another talk-over number from this artist. The vocal is hard to pick up but will no doubt be praising Mr Holding, the rhythm track is Rootsy and the overall sound is slow, this is the final track on disc 1. First published in 1976.

1: CLOSE TO ME – Ruddy Thomas. The much underrated Mr Thomas here on a smooth slice of cool Roots Reggae. The rhythm is fast and comes with a fine mid-way instrumental section and one finds the toes get tapping on this. Fine way to start off this disc. First published in 1978. 2: THE CREATOR – George Nooks. Self-penned number with a slower rhythm track and rootsy vocal from Mr Nooks. The rhythm track is uncomplicated and blends in well with the vocal. First published in 1978. 3: VINEYARD – Dennis Brown. Another self-penned number that starts with a spoken intro before moving into a mid-tempo sound. It is, from the start obvious that it is Mr Brown supplying the vocal and a classic one at that. A straight rootsy backing and a catchy sound. First published in 1978. 4: WISE BIRD aka WHY BIRDS FOLLOW SPRING – Cornel Campbell. This song was written and recorded by Alton Ellis along with Errol Dunkley and on this version Cornell uses all his vocal talents on a mid-tempo classy Roots Reggae sound. The rhythm track is uncomplicated and this song has been a favourite with me for many years. First published in 1978. 5 MEMORIES (BY THE SCORE) – Rudy Thomas. This song has been recorded by other Jamaican artists including John Holt, Ken Boothe, and Dwight Pinkney as an instrumental. On this version Rudy shows off his vocal talents and gives the listener a fine version. Obviously more rootsy than the other versions and a mid-tempo sound. Rudy is helped out by a backing chorus from time to time. First published in 19777. 6: HOOLIGAN – Dennis Brown. Another track by this Jamaican legend and this time around he is on a song co-written with John Holt. A slightly faster number with the unmistakable vocal talents of Dennis Brown. It swings along with a straight Roots rhythm track that has the feet tapping. First published in 1977. 7: COOL IT BROTHERS aka COOL MI BLACK – The Afriques. This comes with an unknown writer and is by an outfit that will probably be unknown to many Jamaican music fans. The rhythm is mid-tempo and the main vocal is classy and we end up with a catchy slice of pure Roots Reggae. First published in 1977. 8: SET UP YOURSELF – Ferris Thomas. Once again the vocalist is new to me, the writer of this mid-tempo number is unknown. Again the vocalist gives a classy performance, helped out by a backing chorus. Nice organ at times throughout and a number to get the feet tapping. First published 1977. 9: HEART AND SOUL – Junior Byles. This time around we have an artist who will be known by most Jamaican music fans, Junior Byles. More nice organ on this and Junior gives his usual cool vocal. Again the rhythm track is mid-tempo. First published in 1977. 10: MY MAN – Marcia Aitken. First female track in this collection and mid-tempo. Marcia is joined by Trinity on the backing track and towards the end, it turns into a dub sound, talk-over with a male vocal. The track is 6mins 11sec long and is a good way to finish the recordings on the original album.

11: HEAVY MANNERS aka HEAVY DISCIPLINE – Prince Far I. This slow talk-over from the Prince has a vocal that is hard to understand but is a full-on Irie sound. The vocalist in his life tried to be righteous but ended up being shot, First published in 1977. 13: LET’S MAKE A BABY – Rudy Thomas. Here we have Rudy on a very suggestive song doing a great Roots version. This is faster than the original from 1975 by Billy Paul and comes with a heavy rhythm track, Rudy does a fine job on vocal. A classic recording, originally written by Gamble & Huff for the Philadelphia International label in America. First published in 1977. 15: NO MAN’S LAND – Cornell Campbell. This is written by the vocalist and Cornell gives his usual polished vocal. Mid-tempo rhythm track with a straight backing. This gets the feet tapping and was originally released on the green/yellow Joe Gibbs label in Jamaica. First published in 1977. 18: I’M STILL IN LOVE WITH YOU BOY – Marcia Aitken. You will probably remember the version by Alton Ellis but on hearing this version it was hard to realise that I was about to hear a version as good. This went to No.1 in Jamaica and was her first hit for Joe Gibbs before Marcia left the music business in 1981 and emigrated to America. This is 3mins 43sec of classic Jamaican music from a much- underrated singer. First published in 1977. 20: UPTOWN TOP RANKING – Althea & Donna. This is a classic in many Jamaican music fans’ minds and comes with improvised lyrics, recorded as a joke and became a UK chart hit going to No.1 for one week back in 1978. The rhythm track is full-on and uncommercialised, many Jamaican releases that made the UK charts were. First published 1977. 22: TWO SEVENS CLASH – Culture. This song is built around Jamaican politics and co-written by the group members. Will be familiar to many listeners and should have made it into the UK charts. The vocals are well worth listening to as they are very profound. The rhythm track is mid-tempo and the main vocal is helped out by other group members from time to time. This is a fine way to finish this disc and complete the collection. First published in 1977.

In summing up this 44-track 2CD collection, one has to say that for any Roots Reggae fans this is a collection of some of the finest recordings of this genre. These two discs come together to give the listener a top-notch compilation. This collection has an in-depth 8page informative booklet as Cherry Red Records always includes and as a listening experience, this is in a class of its own. Roots Reggae does not come much better than this. At £12 99p it can’t be seen as overpriced.

Conclusion For Roots Reggae fans this is a collection of some of the finest classic recordings of this genre.