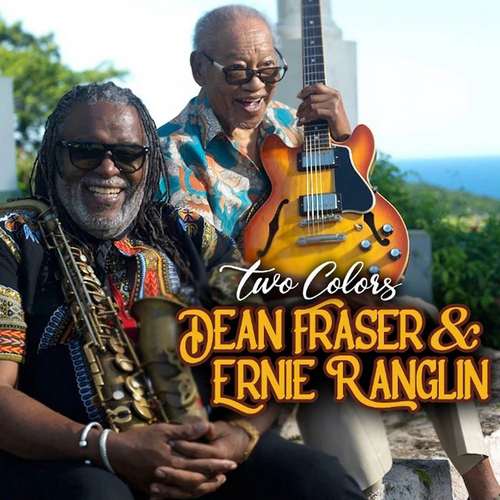 The last review I wrote prior to this one (and it isn’t up yet, surely) was for a random compilation done by my favourite label of all time, Xterminator Records. Along with, of course, the legendary Philip “Fattis” Burrell, one could well make the case that the driving musical force behind the outfit in its heyday was the equally esteemed Dean “Cannon” Fraser. The compilation I just mentioned, for example, has eighteen tracks on it and Fraser’s work is present on all eighteen tunes. That’s just one, I could go downstairs and reach into the boxes and bins where my physical music collection is these days and I am quite sure that virtually (if not -) ALL of the Xterminator releases I’d pick up would feature the handiwork of the famed saxophonist, writer, arranger, backing singer, director and producer in one way or another (AND, I just happened to have an old Turbulence album, Words Of Wisdom from 2004, nearby and guess who plays on that as well). Had he not been around, maybe a large group of people would have taken his place and done the work or, more likely, we would have not enjoyed the level of vibes that we have, given his tremendous contribution. That was just at Xterminator. Fraser, of course, has gone on to be incredibly instrumental in the careers of many who have come later, such as the aforementioned Riley, Etana and, of course, Duane Stephenson. Fraser has also been keen on furthering his own career and he’s released quite a few projects of his own including Flat Bridge from just last year.

In retrospect, one of the most pleasant surprises that I found is just how ‘broadly specific’ it is (if that is possible) (and it probably isn’t). What I mean is that a release like this is obviously not only going to after Reggae fans, but it also is likely to find an audience in that fortunate Jazz head who finds themselves having clicked an extra two or three pages out of their comfort zone. That person, whoever they may be, will be damn pleased by what they stumble upon and, perhaps, they’ll continue on and find a reason to stick around with us.

Regardless of who may find their way to Two Colors and which course they may take to arrive here, what they will find is a union of two bona fide masters of the art who have been so crucial in making the music as we know it. This is an opportunity to celebrate the contributions they have made and do so in a most BEAUTIFUL fashion.

Conclusion The setr a union of two bona fide masters of the art who have been so crucial in making the music as we know it. This is an opportunity to celebrate the contributions they have made and do so in a most BEAUTIFUL fashion.