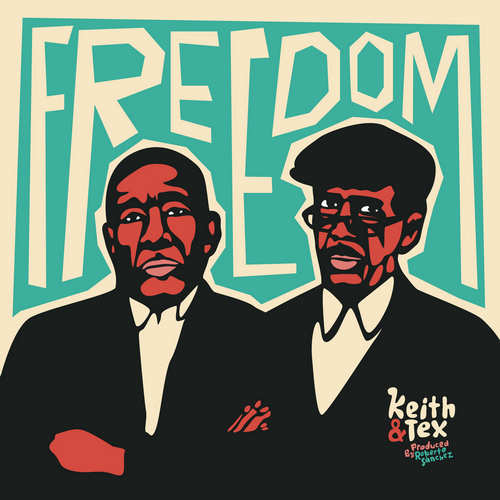 The dynamic duo Keith & Tex (Keith Rowe & Phillip Dixon) are Jamaican rocksteady icons with cherished classics under their belt. These include their very first hit single Tonight, This Is My Song, Don’t Look Back, Run To The Rocks, Goodbye Baby, and, of course, Stop That Train, the worldwide famous tune by being featured on Jimmy Cliff’s “The Harder They Come” film soundtrack.

Having produced ska, rocksteady, and early reggae albums with singer Alpheus (Good Prevails, Light Of Day, and Victory), and Glen Ricks (Ghetto Boy) for Liquidator Music, one can expect the hear a few riddims on the new Keith & Tex album that sound very familiar to the ears – in good Jamaican tradition. And indeed, if you’re familiar with the aforementioned albums you’ll recognise riddims that before were used for Alpheus’ Apart and Glen Ricks’ Made My Change (The Race), Alpheus’ The Road Ahead and Glen Ricks’ Time (My Sweet Love), Alpheus’ Family Fruit (Hotel Corona), and Alpheus’ Rude Love and Glen Ricks’ Always On My Mind (We Are in This Together). And these mentioned probably aren’t the only ones featured on this album that have been recycled by Roberto Sánchez. Lyrically songs like Freedom, Fake News, and Hotel Corona touch on themes that people of this world are confronted with in recent times. Matters of the heart are presented in the previously released single My Sweet Love and Uptown Girl, while songs such as Footprints, How Much Longer, Who We Are, and The Race deal with familiar themes in reggae music.

Fifty-five years after their first hit single, it’s really striking that Keith & Tex are still able to deliver in a big way.