The Heptones – In A Dancehall Style 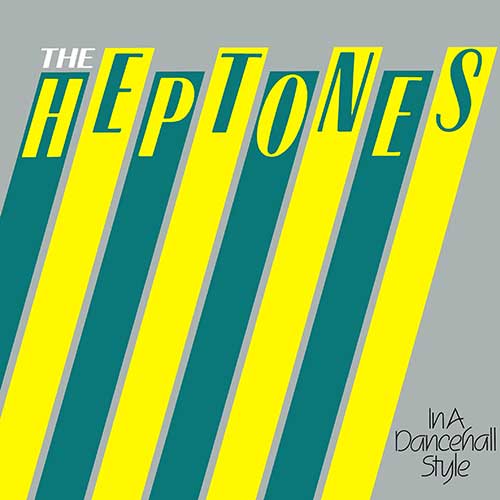 Barry Llewellyn and Earl Morgan formed The Heptones in 1965. The group’s lineup went through several changes before Leroy Sibbles joined them. With Leroy Sibbles as lead singer, legendary Studio One producer Coxsone Dodd showed an interest in the trio, and they enjoyed instant success with Fatty Fatty. During the rocksteady era at studio One they scored a string of hits with songs like I Hold The Handle, I’ve Got A Feeling, Why Must I, and Baby. They releaes four albums under the guidance of Coxsone Dodd.

After their stay at Studio One, they moved to producer Joe Gibbs and scored with a remake of their Studio One track Hypocrite. Joe Gibbs released two Heptones & Friends albums, which became bestsellers on the island. After that, they worked with almost every Kingston-based producer of note such as Gussie Clarke, Winston Blake and Alvin Ranglin. With Harry J they made in 1973 the album Book Of Rules aka Cool Rasta. After a two year stay in Canada, Leroy Sibbles returned to Jamaica in 1975. Signing up with Island Records they did two albums, the Danny Holloway produced Night Food and Party Time for excentric producer Lee Perry.

Leroy Sibbles left the group in 1978 to start a successful solo career. The remaining Heptones replaced him with Dolphin ‘Naggo’ Morris and released the Better Days album in 1978. A year later Greensleeves released the well received Good Life album. They went on recording and touring, and the 1980s saw the release of several albums. In the 90s The Heptones reunited and cut the album Pressure! for Tappa Zukie. In 2011, Barry suddenly passed away at Kingston Public Hospital in Kingston, Jamaica. The current line-up of The Heptones features founding member Earl Morgan with Robert Dacres and Carlton Scarlett.

In 1983 The Heptones released two albums, Back On Top and In A Dancehall Style. In contrast to the Back On Top album, this album is partly an English affair. The tracks were recorded in London’s Black Star Studio. Count John was responsible for the production, who recruited several renowned UK musicians to provide the backing for this album, like Hughie Izachaar on bass, Jah Bunny as drummie and Tony Asher among others.
Instead of recycling their old hits, they wrote ten original songs, most of them written in conjunction with engineer John Lynch. Not all songs are highlights, but overall the album is certainly not bad. Not only do they touch on themes from the heart, but several tunes testify to their social commitment. Peace & Love is very appealing, a catchy melody and conscious lyrics make this track a winner. We also experience the same feeling with the closing song Distant Land. Supported by a penetrating Nyabinghi backdrop, the Heptones show that they stand their ground in terms of roots and culture. The song My Home Town evokes strong and pleasant memories of their songs from the rocksteady period. Don’t forget to listen to Botheration, another tune that sticks immediately. As we are used to from The Heptones, this album contains various lovers tunes, of which Girl, You Are On My Mind, could appeal to us.

Girl, You Are On My Mind