The Shadowbrook Project – Volume One: Sketches From The Heart 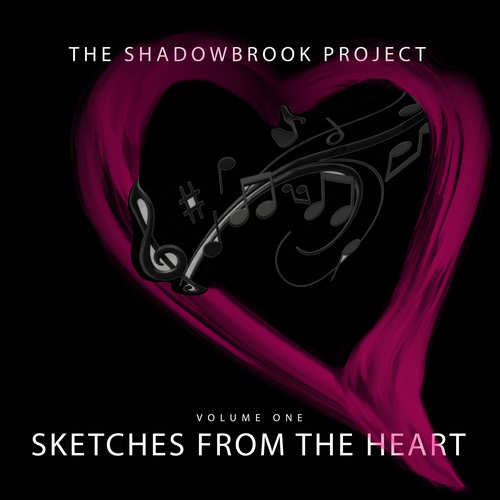 Almost exactly 23 years ago we found a fine CD single by vocalist Dakeye in our mailbox. The single was released on the Canja Sounds label from Canada and produced by engineer/bassist Kevin L Brown, who later established Citizen K Productions.

In recent times Canadian-born producer/musician Kevin Brown formed and developed The Shadowbrook Project out of admiration for the various musical influences that helped develop his creative output throughout his career. Using his past experience working with artists and labels like Beenie Man, T.O.K., Turbulence, Fiona, Dillgin, Lexie Lee, Iakopo, I-Shadrock, Wall Streetz Records, Yard Groove Music and others, The Shadowbrook Project not only features the musicianship and production work of Kevin Brown but also musical talents from different parts of the globe. As a whole, The Shadowbrook Project is less about being a creative output of instrumentals, remixes and collaborative efforts, but more about being a sonic palette that crosses genres and styles.

Centered around the common theme about love and relationships, Volume One: Sketches from the Heart is the first full length release that brings together the vocal talents from Bahama’s Ricardo Clarke, Jamaica’s Fiona Robinson and Monique Marian, Trinidad & Tobago’s Dakeye, and Hawaii’s Iakopo. This album, bringing the listener a mix and fusion of reggae, jazz and R&B, was originally conceived as an instrumental project. However, it took on a different direction due to several life changes that affected Kevin Brown over the years. The artists the producer/musician had worked with were able to coincidentally provide songs that fit the moments Brown was experiencing at the time. Some of the songs within this collection have never been released or were remixed specifically for this project. All tracks are well produced and it’s truly a joy to listen to this collection from beginning to end. Especially when you’re in the mood for listening to music for lovers this album will surely appeal to you. Although there’s no weak track around, the ones that are really good include Ricardo Clarke’s By My Side, Dakeye’s My Love, and Fiona’s Some Things Never Change.