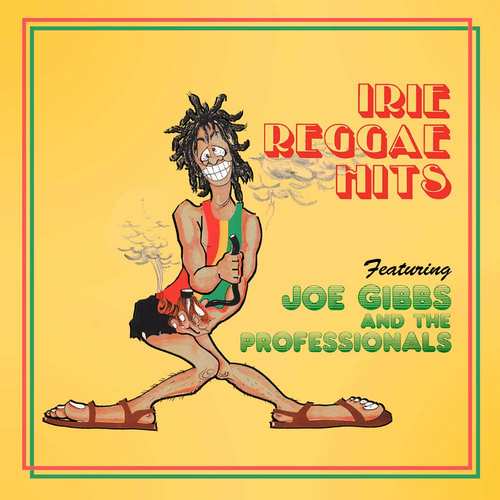 1: COME ON LITTLE GIRL – Dennis Brown. Self-penned by Dennis Brown this track you may have heard before. Smooth backing track and classic vocals from Dennis. This is a version of The Melodians classic taken to another level by the master. Fine opening to the original album. 2: LOVELY LADY – The Mighty Diamonds. Released in the UK in 1978 on Virgin label, this comes as a true Roots sound. The overall sound is mid-tempo and the vocals are clear and precise. As with many of this outfit’s recordings it comes with Rastafarian influences. 3: THIS TRAIN ( IS BOUND FOR GLORY) – Culture. This song is a traditional American gospel song first recorded in 1922. It has been recorded by many artists over the years and Culture come up with a slick version and toe-tapping material. It comes with combined vocals from time-to-time. 4: THE CLOSER I GET TO YOU – Rudy Thomas & Marcia Aitken. Starting off at a slow pace, it then moves into a Roots love song. It shows off the vocal talents of two fine Jamaican artists. The song has been recorded in a Soul vein by many artists and this stands up well to any of them. 5: EVERY DAY IS JUST A HOLIDAY – Rudy Thomas. This song may be familiar to many Jamaican music fans as it has appeared on albums and CDs over the years. Recorded by Jamaican artists including The Sensations, John Holt, and Tommy McCook to name a few. On this Rudy is joined by backing group Trinity and it has a pulsating rhythm track. 6: DANGER IN YOUR EYES – Marcia Aitken. Marcia has such a lovely voice and an artist on a much versioned track. The rhythm track is slick and uncomplicated with some fine brass work. This was also recorded by Don Evans & The Paragon’s and co-written by Mr Evans. The track can be found on the albums ‘Joe Gibbs Anthology’ released 1979 and ‘Ladies At Joe Gibbs’ to name just two. 7: CAN’T STAND THE RAIN – Hortense Ellis. This is a song remembered as a Memphis Soul recording by Eruption in 1973. This Roots version comes via Jamaican female legend Hortense Ellis who gives the listener a fine version of a song that lends itself well to this genre. The vocal is classic and the track starts off with the sound of rain and is mid-tempo in make-up. 8: MY NUMBER ONE (aka NUMBER ONE FOR ME) – Earl Sixteen. Earl began his career in the mid-’70s – real name Earl John Daley. This song was written by members of The Paragons and is a mid-tempo recording that swings along with Earl giving a classic vocal. This Kingston, Jamaica artist now lives in London and continues to perform. 9: SLIM THING – Trinity. This is simply a version of ‘Uptown Top Ranking’ with different words. Trinity, real name Wade Brammer never had a hit with this unlike Althea & Donna who rose high in the UK charts. This has been a great dancehall recording over the years. 10: THE GREATEST LOVE (OFF ALL) – Lloyd Parks. Recorded by George Benson and Whitney Houston this version by Lloyd stands up well with the various other versions of the song. Lloyd is a fine singer and puts 100% into this vocal, the rhythm track floats along and we end up with a worthy final track on the original album.

11: LOVING PAUPER – Ruddy Thomas. This was written and recorded by Dobby Dobson, then Ruddy recorded this version. It was released and went to No.1 in 1978 on the RJR Top 100 in Jamaica. This is a beautiful recording and timeless with real culture lyrics. Rudy is helped out by a chorus from time-to-time. The rhythm track is classic Roots and was released as a 7″ vinyl on the Lightning label in the UK. 13: I’M NOT A QUEEN – Marcia Aitken. One of Jamaica’s best female artists on a version of Delroy Wilson’s 1967 ‘I’m Not A King’. This starts off with a long instrumental intro before Marcia comes in with her usual classic vocal. On this she is helped out by Trinity and Marcia is best known for her late 1970s recordings. This is one of those smooth Roots recordings and the singer went on to being a Lovers Rock artist. 16: I’VE GOT A FEELING – Junior Delgado. As one of the most expressive Jamaican singers who could sing Roots, Culture and Lovers Rock with equal conviction. This track is a soulful version of The Heptones recording of the same song, on this The Professionals provide the backing track for this from 1978. 18: LET IT BE (YOU DON’T NEED ME) – Bobby Melody. Suprisingly this is not a cover of The Beatles song but a sprightly update of ‘You Don’t Need Me’ a Rock Steady number originally recorded by The Melodians as ‘You Don’t Need Me’. Polished vocal on this with lilting rhythm track on which Bobby is helped out by vocals from the backing group at various times. Released in Jamaica on Errol T Records as a 7″ vinyl. 20: LOVE ONE ANOTHER – Althea & Donna. This was released in the UK on the Lightning label and has a more laid-back rhythm than on their well-known UK hit. Althea & Donna show that they can take a more rhythmic number and make a success of it. Nice brass work adds to this class track. 21: HARD TIMES – Leo Graham. Leo began his music career as a member of The Bleechers. On this 1976 recording we have a sweet Reggae jam written by Leo and it comes with a punchy rhythm track and the vocal is clear and precise. A good track to finish off disc one.

1: MONEY IN MY POCKET – Dennis Brown. This track needs no introduction and should have been a top 10 hit in the UK. This was first recorded in 1972 and became his signature tune for Joe Gibbs. Dennis returned to the song six years later and it became a worldwide smash hit. Dennis is a legend, what a voice, what a flow. Music for heart and soul. 3 JUST LIKE A RIVER – The Mighty Diamonds. Another recording from the golden era of Rock Steady and was also recorded by the writer Stranger Cole and Gladstone Anderson, a Jamaican hit released on Joe Gibbs first label Amalgamated. Recorded in 1968 this version saw the light of day in 1979 and is a cool number with a lilting rhythm track. 6: ARM ROBBERY – Junior Delgado. This is a deep Roots original song written by Junior and produced by Dennis Brown in 1978. As the track progresses it has tones of Dub and is one of Junior’s strongest tunes from the late ’70s. 8: LEFT WITH A BROKEN HEART – George Nooks. This was written by Tamla Motown artist Marv Johnson and originally recorded in the Jamaican genre by The Paragons and also by John Holt and Johnny Clarke. Released on the Crazy Joe label in Jamaica in 1978 the rhythm track has a pounding sound and with a classy vocal. George Nooks also recorded as deejay Prince Mohammed. 11: KEEP ON KNOCKING – Jacob Miller. This was recorded for Augustus Pablo’s Rockers label and is an original Rockers sound, co-written by Jacob. Jacob was best known for being part of the group Inner Circle and this comes with smooth bass over a punchy rhythm track on which we hear the Rockers All Stars band. Originally released in 1987. 14: DREADLOCKS TIME – Junior Byles. This artist is well-known as a top dread vocalist recording ‘Beat Down Babylon’ for Channel One. On this he sings about the Rastafarian way of living and is a cut from The Jamaican’s 1967 ‘Baba Boom’. This is Roots at its best and was released in Jamaica on Errol T Records in 1979. 16: HELLO CAROL – Enos McLeod. This was a hit for The Gladiators in 1968 and this version is cool Roots with a wicked bass line. Enos gives a fine vocal on a sound that does not sound dated and along with being a vocalist he also was a music producer, born in Trenchtown, Jamaica and based himself in Europe from the 1990s. 18: RIDING FOR A FALL – George Nooks. This was recorded by The Tams as a Soul number in 1964 and since as a Reggae number by John Holt and Delroy Wilson and various other Reggae artists. George Nooks comes up with his own interpretation that stands up well against the other versions. Punchy rhythm track and fine guitar work on a backing slightly faster than the John Holt recording. Nice catchy sound from 1979. 21: COOL OUT SON – Junior Murvin. This final track on disc 2 comes as a blend of traditional Folk and street slang. The legend that is Junior Murvin gives a fine vocal over a punchy rhythm and the recording moves into a Dub sound half-way through. Original Jamaican release on Heavy Duty label in 1979. 7mins 11 sec’s of classic Roots/Dub to finish this collection.

To sum up this 2 x CD collection, it comes with a multitude of top Irie recordings from the late ’70s. It contains over 20 tracks new to CD and many Roots classics from the late ’70s. It never ceases to amaze me how Cherry Red Records keep coming up with classic collections such as this, one knows there are many people involved in this and here we have well-known and lesser-known Jamaican chartbusters. At £12 99p it is a fine way to enlarge any Jamaican music collection.

Conclusion This compilation comes with a multitude of top Irie recordings from the late '70s.