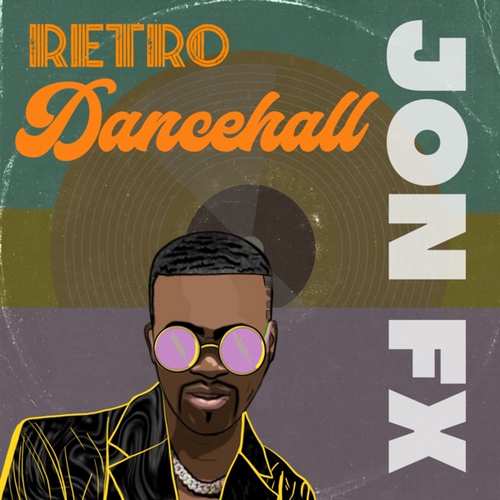 John Alexander Crawford, professionally known as JonFX, is a multi-instrumentalist & music producer from St. Andrews, Jamaica. He has worked with dancehall and reggae artists Spragga Benz, Half Pint, Shabba Ranks, I Wayne, Vybz Kartel, Gyptian, Sean Paul, and Akon, as well as late rapper XXXTentacion. He started working as a producer in the late ’90s with his first production being Spragga Benz’s 1997 tune Pum Pum.

He became prolific in the first two decades of the new millennium. He for example produced Gyptian’s song Hold Yuh and an album of the same name in 2010. In 2017, he produced Sizzla’s I’m Yours after having produced Bounty Killer’s Been Bad in 2015, and also mixed XXXTentacion’s hit Jocelyn Flores.

John FX latest musical offering is titled Retro Dancehall, a ’90s style compilation for which he selected a very eclectic group of artists to handle the vocal duties. Although its inspiration comes from the ’90s, it isn’t (but it is) necessarily ‘old skool’. For those who grew up with ’90s Dancehall, it’s a nice pastime to find out the resemblance of JonFX riddim with certain riddims from that era. Some real Dancehall bangers are featured here with the Munga Honourable’s extremely infectious opener Retro Bounce It Around being the first that instantly excites. The set furthermore features strong tunes from Busy Signal, Conroy Smith, Da’Ville, and Galaxy P. Also nice to hear is Retro Ruff Neck Love by Nyanda, who started her career as a member of the successful R&B/Reggae duo Brick & Lace. Things are nicely rounded off with Retro Shoot Yuh Super Medley featuring the vocals of Sizzla Kalonji, Rick Ross, Bounty Killer, Danielle D.I. & Stonebwoy.

The music that John FX creates hardly ever misses which makes him a celebrity in the industry.