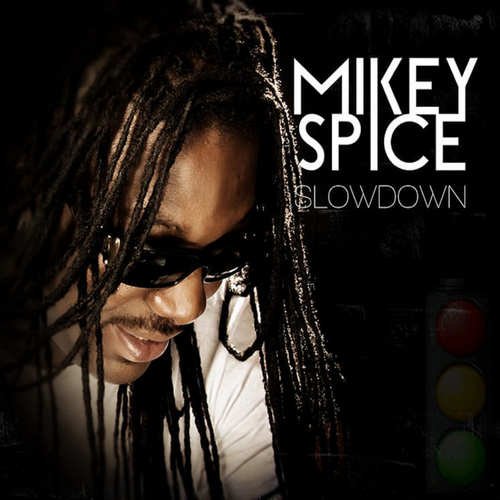 Born in Kingston, Jamaica, Michael Theophilus Johnson aka Mikey Spice began singing in his father’s church at age seven. He then became a dazzling multi-instrumentalist, learning guitar, bass, drums, trumpet, piano, saxophone, flute, harp, and clarinet before age 13. Seven years later, he decided on a reggae career. After working with several bands, he started recording his own compositions in 1991 with engineer/producer Barry O’Hare at Grove Music Studios in Ocho Rios.

Several singles followed on Barry O’Hare’s X-Rated label, including The Way We Were, Let Me Know, and Chant Down Babylon. This then led to the release of the singer’s 1995 debut album Happiness which was released by RUNNetherlands, and later licensed to RAS for the US market. The album featured the single Practice What You Preach, a reggae version of Barry White’s classic song that brought Mikey Spice chart success in the UK. Since then Mikey Spice has released quite a number of singles and about 15 full-length albums for various producers with varying degrees of success.

His last album Are You Ready, produced by the singer himself & Dalton Browne for Pro Production Entertainment dates from 2020, so the release of a new album hasn’t been a really long wait for the sweet singing veteran’s avid fans. Titled Slow Down, the 13-track album – released as a digital download only – is the result of Mikey Spice linking up with the reliable people of esteemed Stingray Records from out of London. On paper the idea of Mikey Spice recording for Stingray Records is very exciting, however, the question is whether or not it really works out in the end. That’s not really a question because the answer is already known; of course, it does.

Those familiar with Mikey Spice’s output throughout the years will surely have an idea of what to expect from his new collection of tunes. In this case, big voiced old skool love anthems in abundance and, as always, a few roots reggae pieces as well. And, of course, this project benefits from the first-class production skills of Stingray’s Dilly McLeod. This new Mikey Spice album can roughly be divided into three parts. The solid opening, the middle part which unfortunately is somewhat disappointing, and the strong ending. Let’s just take a look at the most average part which includes four successive love tunes, starting with Let’s Talk It Over and ending with From The Bottom Of My Heart. Not that they aren’t decent efforts, they are, but they strongly lean towards Big People Music, which isn’t everyone’s cup of tea – and certainly not ours. It, however, has nothing to do with them being love songs, because other songs included here that deal with affairs of the heart have much more appeal like for example Catch Me if You Can and Try Again show. Standouts are Zion, the downright stellar Oh Father, which is underpinned by a killer riddim, and Rise & Shine.

In all, Mikey Spice’s Slow Down is a solid album that without a doubt will be received very well by his passionate fans.

Conclusion Mikey Spice's linking up with Stingray Records has led to the release of a solid new album.