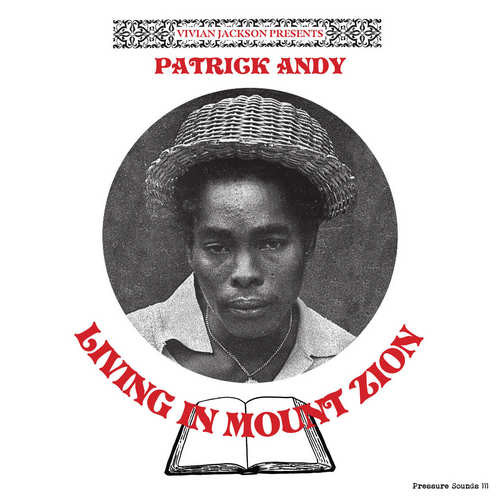 Born in 1960 in the Clarendon Parish of Jamaica, Patrick Andy was a reggae singer, whose stage name is a reference to his similarity to Horace Andy. He began singing at church and in school and started his recording career with Vivian “Yabby You” Jackson in the mid-1970s, often covering songs by Horace Andy. In 1978 he had a hit with the single Woman, Woman, Woman, done in combination with Ranking Barnabus, and a solo hit with My Angel. In the early 1980s, he began recording with producer Joseph Hoo Kim at Channel One Studios at Maxfield Avenue and further hits followed with Tired Fe Lick Weed Inna Bush and Pretty Me. He had further hits with the very popular Get Up Stand Up (1984), Smiling, and his biggest success Sting Me A Sting, Shock Me A Shock, recorded for King Jammy in 1985. The success of the single led to more hits including Life Is So Funny, Speak Your Mind, the smokers anthem Cow Horn Chalice, Music Market, Cooling Out, and What A Hell. Patrick Andy also recorded a number of so-called ‘Clash’ albums, where tracks were split between Andy and a series of ‘opponents’. These albums included Showdown Vol. 7 with Wayne Smith (Channel One/Hitbound 1984), Two New Superstars with Frankie Jones (Burning Sounds 1985), and Clash Of The Andys with Horace Andy (Thunder Bolt 1985). Patrick Andy died on April 28, 2022.

The Best Of Patrick Andy

Over the years, Pressure Sounds have been delving into the archives of the late artist/producer Vivian “Yabby You” Jackson and released several notable albums such as The Yabby You Sound (Dubs and Versions), Conquering Lion, King Tubby’s Prophecies Of Dub, Walls Of Jerusalem, Beware Dub, and Deeper Roots & Deeper Roots Part 2. The latest Pressure Sounds release, which is album No.111, comes from a tape compiled but never released by Yabby You, labelled “The Best Of Patrick Andy”. This tape features three unreleased tunes, one unreleased dub, and stereo mixes of several singles which were issued in mono before. The existence of “The Best Of Patrick Andy” tape was actually revealed in the booklet that is included in 2015 released 3CD Box Set Dread Prophecy, released by US-based Shanachie Records, which includes Patrick Andy’s (What A) Sufferation.

Even though it’s a posthumous release, Patrick Andy finally has his first solo album to his name. The title track of this album, Living In Mount Zion, was released on 7″ single in 1977 on Yabby You’s Grove Music and Vivian Jackson (Yabby You) imprints with Version or Sister Gene Dub – here retitled Living In Mount Zion Dub – on its flipside. The vocal as well as its dubwise version is killer roots, which now can be heard in full stereo as opposed to mono on the original 7” single. And also the track You Don’t Want Me – a rendition of the Melodians’ Treasure Isle classic You Don’t Need Me – differs from the already known version of the 7” single as it is here presented in stereo and with extra horns overdubbed. Too often tunes labelled “Previously Unreleased” doesn’t guarantee quality, but in the case of Got To Give Some Help, Give Thanks, and Call On Jah things are different. These tracks are absolutely first-class recordings and thus an utter joy to listen to. Although a complete mystery why they remained on the producer’s shelf after they were recorded in the mid-1970s, it’s simply great to have them featured on this album. Youths Of Today is a huge roots piece that – like most of the tracks – is followed by a glorious dub version. The most significant similarity to Horace Andy’s voice is probably best heard when listening to Patrick Andy’s cover version of Horace’s Love Of A Woman.

Released by Pressure Sounds on 7″ & 10″ vinyl, the tracks featured on these singles are the more than welcome bonus tracks on the CD. Sufferation, written by Yabby You, features Patrick Andy’s heartfelt uncompromising and rootsy vocal over a smooth riddim that is punctuated by Tommy McCook’s led horns section. The vocal cut is followed by a killer dub that was mixed – as usual when it comes to the Yabby You productions – at King Tubby’s. Next comes No Easy Game (Extended Mix), a conscious roots celebration with Yabby You on harmony. The thumping riddim sees Tommy McCook leading the horns on a tasteful arrangement. The last bonus track and the one that rounds off the CD is Patrick Andy’s plea to Show A Little Love.

Respect and recognition are long overdue for Patrick Andy, but this album goes some way towards making amends.

For safekeeping, analog tapes were left with Yabby You’s friend Alex Peacemaker in Canada, who also obtained 29 DAT tapes from Yabby’s estate – among them the one that featured the Patrick Andy tracks of this album. So, who knows what more great (unreleased) music from the Yabby You vaults is to come from Pressure Sounds in the future.

Conclusion A very welcome addition to any collection of Yabby You-produced music.