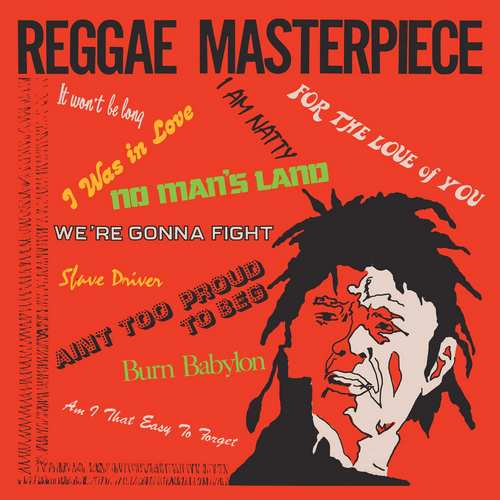 This album was originally released in 1976 and in CD form is available for the first time. Featuring some of Jamaica’s top recording artists, such as Jacob Miller, Horace Andy, Cornel Campbell, and Lloyd Parks. The album’s original tracks are followed by a further fourteen bonus tracks of which we take a look at a selection. This is a one CD collection.

1: I’M A NATTY – Jacob Miller. Co-written by Jacob and Errol Thompson this is given a dread mood of the times and became very popular on various pressings on blanked out Reflections labels, Joe Gibbs Record Globe, and Winston Edward’s Stop Point imprints in Kingston as well as a release on the Birmingham-based Locks label. It comes with a heavy bass line and is very much like Bob Marley’s ‘Slave Driver’, a good opening to the disc. 2: I WAS IN LOVE – Beverley Miller. An original song and Beverley’s only release, it is a cut over The Abbysinians ‘Santa A Massa Gana’ rhythm track. Why, with a voice as good as she had, did Beverley not record further, one will never know. 3: SLAVE DRIVER – Horace Andy. Many Jamaican artists recorded this song over the years, including Bob Marley, Dennis Brown. This was first released on the Errol T label by Horace. It uses the tune ‘Rock Steady’ by Alton Ellis and Horace Andy does a fine version at a mid-tempo rhythm. 4: AIN’T TOO PROUD TO BEG – Lloyd Parks. This is a soulful cover of The Temptations Motown classic from 1966 by a woefully underrated artist. This was released on the artist’s own Parks label. It comes with a floating rhythm track and has a vocal chorus from time-to-time throughout. This cover stands up well against the original and shows why Lloyd was so underrated. 5: BURN BABYLON – Silford/Sylford Walker. This is a Roots classic and even though many will not know the name, he recorded a number of Roots anthems, ‘Chant Down Babylon’ being one. This again comes with a mid-tempo rhythm behind a top rate vocal and again has been recorded by various Jamaican artists in one form or another. 6: NO MAN’S LAND – Cornel Campbell. This is a version of The Heptones’ ‘Get In The Groove’ and another well covered song. For fans of Cornel this will not disappoint and floats along with a basic rhythm track that compliments Cornel’s soulful vocal. First released in 1976. 7: WE’RE GONNA FIGHT – Scotty. This comes as a sophisticated version of ‘Get In The Groove’ by The Heptones. Many other versions have been recorded. On this Scotty is in a slow mood and gives a fine vocal treatment to the song on which we have a backing chorus. Nice cool rhythm track and released in 1976 by Dave Scott, former lead singer with The Federals who became a dancehall artist in the following decade. 8: AM I THAT EASY TO FORGET – Jimmy London. This again has been covered by many pop artists over the years and this one rates high against the various versions. Jimmy London comes along with his usual first-class vocal on a song that is suited to this artist. Slow rhythm track that is cool and uncomplicated. 9: FOR THE LOVE OF YOU – Lloyd Parks. This artist is back with a song written and recorded by The Isley Brothers in 1975. This song is transformed into a slice of romantic Reggae and was never released on 7″, not sure why. This could be included into the Lover’s Rock style. First saw the light of day in 1975 on the original album. 10: IT WON’T BE LONG – Lone Ranger. This artist is known for being a lyrically inventive deejay who is still a mystery as to who he is to this day, any idea (RV – Anthony Waldron). Mystery or not this is cool in make-up and the vocal is clear and classy. Some fine guitar on the rhythm track which is again uncomplicated. A fine way to finish off the tracks from the original vinyl album.

11: KNOTTY KNOTS (Soul Rebel Rhythm) – I Roy. This is a version of Jacob Miller’s ‘Im A Natty’ by I Roy and originally released on Joe Gibbs Town-N Country label. I Roy is heard doing his usual talk-over and we end up with a wicked sound. I Roy is helped out by a vocal chorus at various times. 13: I WILL – Jackie Brown. The song was popularised by Vic Dana in 1962 and also Billy Fury along with Ruby Winter in 1973. This version comes with a long instrumental intro before moving into a well vocalised cover. Originally released in 1975 on the red/green Joe Gibbs label. 15: DREADER MAFIA (Mafia Rhythm) – Wally & Snuffy. This is a deejay cut from two artists new to me and maybe yourself. This comes as a comedy style cut from two artists who could be performing under other names and it was probably their only release. Released on the Belmont label in 1975. 17: A WIN THEM – Leo Graham. Self-penned by Leo and a mid-tempo sound with a haunting rhythm. Leo comes up with a cool vocal and was a much under-ratted artist, released on the Belmont label in 1975. 20: SEND ME THE PILLOW (You Dream On) – Jackie Brown. This song was a hit for Hank Lockllin in 1949 and various other artists in a pop vein. This mid-tempo version shows off Jackie’s soulful vocal to the fore and the song lends itself well to the Reggae style. This was released on the Errol T label in 1975. 22: NOT GIVING UP – Leo Graham. Again we hear Leo Graham on a self-penned number from 1975. This perky number comes with a classic vocal from a fine artist and the rhythm track has some high-quality guitar work. Released on the Locks label as a 7″ vinyl. 24: SUFFERER’S PSALM (Swing Easy Rhythm) – I Roy. Another self-penned number featuring one of Jamaica’s top talk-over artists, I Roy. On this I Roy is backed by The Impact All Stars and it is a top-notch talk-over with a laid-back rhythm track. The rhythm track comes via a release titled ‘Swing Easy’ and was released in 1975 on the Errol T label. This is the final track on this disc.

To sum this up, it comes with quality tracks that cover several Jamaican music styles and contains releases from many top Jamaican recording artists. ‘Reggae Masterpiece Vol 1’ showcases a superior selection of classic Reggae styles and Lover’s Rock, finally, it is available on CD and as always it comes with an informative booklet. One starts to think that they have heard the best of Jamaican music and then Cherry Red Records comes up with collections that contain tracks not heard before and no doubt there will be more on their way. At £11 49p you would do well to purchase the collection and further your Jamaican music collection.