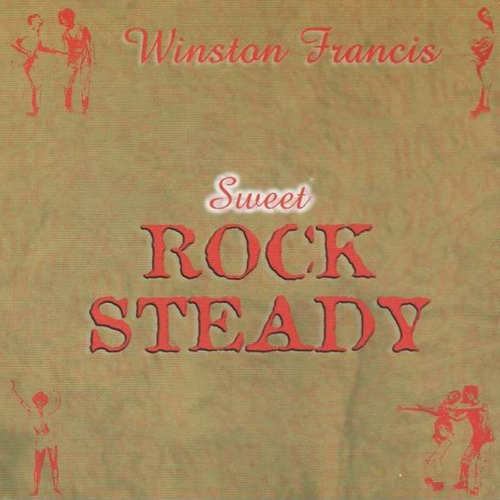 A true veteran of the international reggae scene, Winston Francis began his career in the 1960s with a string of hits for Clement ‘Coxsone’ Dodd’s Studio One imprint. As well as smashes like his version of Joe South’s Games People Play and Reggae And Cry, his time at Studio One also brought forth the classic Mr Fix It album, a set that remains a top-seller even today. From 1972, he started performing regularly all over the UK on the club circuit, did doing a lot of session work including backing vocals and studio work. In 2003 he and his old friend A.J. Franklin garnered praise from all corners of the world when they released their solid collaboration album Stand Firm.

The idea behind Winston Francis’ Sweet Rock Steady album is a simple one. Assemble a collection of true classics from the period 1966-68 – the rocksteady era – to pay tribute to the great singers of that era. Winston Francis’ powerful falsetto shines in every song and the sweet vocal harmonies are a joy to hear. The CD, produced by John Kpiaye and released in 1997 on Linton Kwesi Johnson’s LKJ Records, features well-done versions of songs that are cherished by many longtime reggae fans. Starting off with The Melodians’ Come On Little Girl, Winston Francis superbly tackles such great songs like The Techniques’ You Don’t Care and Queen Majesty (actually Curtis Mayfield covers). Then there’s Adam Wade’s frequently covered 1963 hit, Rain From The Skies, listed here as Rain From The Sky. Also noteworthy is Winston’s rendition of Delroy Wilson’s Studio One classic I’m Not A King. More enjoyable do-overs of Studio One classics  are The Heptones’ Fattie Fattie, Baby, Why Did You Leave and Bob Andy’s Feeling Soul. From the many classics Alton Ellis recorded for Duke Reid, Winston covered the unforgettable Rock Steady.