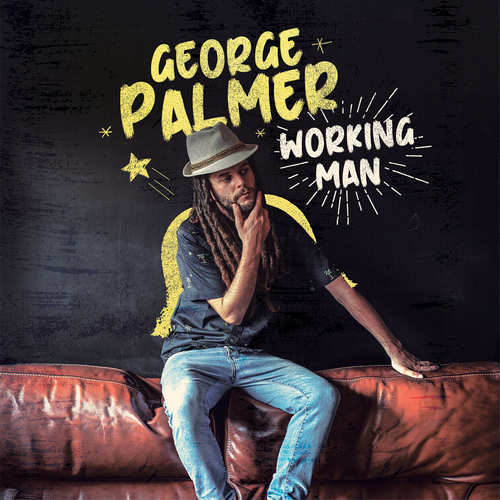 So I get the request from my boss and wizard behind this magnificent website, Mr. T himself, to lend an ear to this cat straight outta Spain by the name of George Palmer. Admittedly I had never heard of the man, but what piqued my interest is when Mr. T described him as reminiscent of Horace Andy. I wrapped my head around such a proposition and immediately leaned towards the plus side of how I’d approach such a task. After all, the Skylarking crooner is nothing short of one of the most unique, influential, and iconic musicians to ever pick up a microphone, and any comparisons drawn to him are cause for closer scrutiny and an honest assessment of such analogizing. I always find it interesting when artists NOT from Jamaica attempt to show their deep affinity and love for the music, something entirely acceptable and not at all out of bounds from an artistic standpoint. You don’t necessarily have to be from yard to make amazing music, and in many cases garner accolades and acceptance by the biggest critics of all, the fans.

George Palmer provides us with his latest offering, “Working Man”, released on Irie Ites Records, the French studio and distributor behind releases from heavies like Sizzla, Barrington Levy, and Luciano. In good company just by association, the Basque Country, Spain representer from note one, validated to me the comparison to Horace Andy. “Africa” the album’s opener, finds Palmer extolling the virtues of the motherland over an original slow-burning track that sets the tone for his high-pitched delivery. Over the course of the next few tracks, he definitely makes himself comfortable in the classic roots and digital era lanes. He and Lion D, team up and pay homage to Barrington Levy’s “Here I Come” with their chune, “Come We Just A Come”. A nice effort, Palmer, unfortunately, gets outdone by Lion whose delivery suits the track a touch more appropriately. “Legalize It” an ode to… you guessed it, the ganjah plant, is fairly well done, and is boosted by great production on the track. It’s over the course of the next few cuts that he begins to lose a little steam. “Love In The Dance”, a SECOND nod to Barrington, completely mirrors Levy’s classic “Teach The Youth” down to the delivery and blurs the line between homage and straight biting. “That’s Life”, “Time Will Tell”, and the closer “Let Them Talk” all have that classic ’80s dancehall sound but fall apart like stale coco bread with what is not exactly the best writing I’ve ever heard. Perhaps the best cut on the album is the title track which is assisted by label mate Solo Banton. Clean and crisp, the replay value on this one is way high.

Despite “Working Man’s” shortcomings, you can definitely appreciate the sentiment put forth by G.P. He’s most definitely in tune with the classic reggae sound and has a fantastic production team that provides the album’s solid musical landscape under which he worked. The album has a few gems, no doubt. Unfortunately, he happens to remind the listener all too well of just how amazing Horace Andy is. Palmer’s voice while in that high range that works so well for many of the legends (Pinchers, Mikey Dread, Eek A Mouse, etc) doesn’t have the staying power to last over the course of this whole project and starts to become more grating than compelling with each cut. Here’s hoping that he tightens up the writing and carves his own path in the game. If I could wish for a similar success story as one of my personal favorites, Italian reggae crooner, Alborosie, I’d like to see Palmer evolve, and put Spain firmly on the map with his future projects. ¡Mucha suerte mi juventud!

Conclusion Despite “Working Man’s” shortcomings, you can definitely appreciate the sentiment put forth by George Palmer.