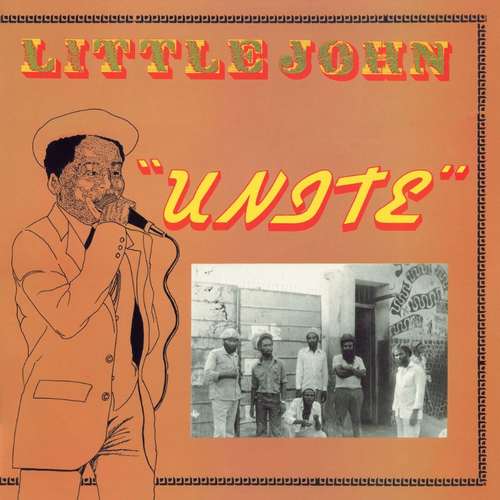 Little John (born John McMorris, 1970) made his appearance in 1979 with a few sides for Don Mais’ Roots Tradition imprint, but he really came into the picture when he recorded 51 Storm – Part 2, a tune across the riddim of Sugar Minott’s River Jordan. He did the tune in combination with the unknown Popsie for the Youth In Progress label. The spontaneous and youthful approach was well received, and from then on it went in a sprint to success. He could ride any riddim with apparent ease, only he did it as a singer and not as a deejay.

His style was appreciated – and sometimes copied – all over Jamaica and he quickly became one of the superstars in the Jamaican dancehalls. This meant that the producers on the island were queuing up to produce him. It is therefore not surprising that in the first half of the 80s he released more than 10 albums, in addition to a veritable torrent of singles, not to mention the dubplates for the ruling sounds! As the 1980s passed, his output gradually declined, although there were regular top-notch releases such as Blood In A Me Eye released on the Xterminator label.

In 1983 Anthony Dehaney, owner of the Canadian label EAD, produced the showcase album Unite. In Canada, it was published by EAD Productions under the name Show Case 83. Burning Sounds recently re-released the album, nearly 40 years after its original release date. A reissue that many will greet with pleasure. As said, it’s a showcase album, with the vocal version running seamlessly into the dub/instrumental version. Six tracks, two of which are lovers’ tunes and the rest are roots tunes. Little John sings effortlessly and relaxed across some well-known riddims, played with class by the top band of the time, the Roots Radics. Mixing duties by Scientist.

The title song, of which the title speaks for itself, is a beautiful vocal performance, underpinned by the classic Declaration Of Rights riddim. The lovers tune Come On My Lover is also top-notch, with Little John using the Fight To The Top riddim. Side 1 closes with the second lovers’ tune, You Are The One For Me, lyrically somewhat obligatory. Here again a classic riddim, namely Stalag. Side two opens with War In A Me Area, a gripping lament about the violence in his neighborhood, underpinned by the well-known M 16 riddim. Africa Is The Black Mans Land is a serious repatriation song, to which the ‘tough’ riddim fits well. Do Right is a ‘jumpy’ uptempo song, not a very appropriate closing of a strong album.

War In A Me Area