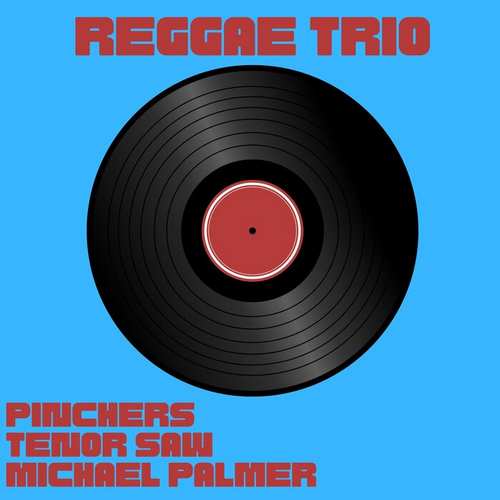 In my many years as a Reggae fiend, one thing I’ve come to learn, and infinitely love about the art form, is that we are some opinionated mofos! Join any gathering of chune smiths, and you could literally toss a number of topics into the fray like a well-lobbed flash grenade, and get a heated debate started. ’90s dancehall vs. modern dancehall, Marley vs. D. Brown, Beenie vs Bounty, Stone Love vs. Bodyguard. The list is endless. One thing however that is NOT up for debate is the impact that the digital era of reggae music has had on Jamaica, the culture and the genre, from a global perspective. Could I actually sit up here and say that if a gentleman by the name of King Jammy didn’t “accidentally” stumble upon arguably the lynchpin for electronic reggae, in the form of the “Sleng Teng” riddim, that I wouldn’t be sitting here at this keyboard to talk about a Pinchers, Tenor Saw and Michael Palmer triple threat hits album? That is a hard HELL NO! I can promise you, Jammy’s genius was GOING to happen. That much is undeniable, but once he did, the floodgates opened for a multitude of talented toasters, many of whom would touch his (and others) masterpiece digital “riddims” en route to legendary status in the annals of Reggae music.

The release of the album “Reggae Trio” highlights the three spoke of here. One of the challenges presented with a greatest hits or compilation album is “which songs to choose?!” The producers here had the unenviable task of digging into not one, but three artists’ vast catalogs to try and please the masses via the finished product. The album starts off with Pinchers’ “Roll Call” off of the Queen Majesty riddim. Michael Palmer’s rum cream smooth delivery ushers in one of his hits “Modelling Girl, and then Pinchers’ unmistakable intonation rounds out the trio’s verbal intro haymakers with “Let Off Mass”. What makes this album such a great listen is that it offers a little something for fans of all three artists. Tenor Saw is my personal favorite of the three, and the album sprinkles in tasty morsels from his collection. “Run Come Call Me”, “Fever”, and one of my all-timers “Who’s Gonna Help Me Praise”. The same holds true with Pinchers and Michael Palmer as well, with selections from their hits such as ‘Tingling Feeling” and “Sad & Lonely” and then “Gown a School” and “Give Me Your Love” respectively from each artist.

Of course, as I mentioned I have a slight reason to complain a little bit. The version of Saw’s “Pumpkin Belly” is branded as the ORIGINAL, but it’s not the “Sleng Teng” version he gained critical acclaim from and made people like me a fan the first time I ever heard him. Pinchers’ mammoth classic “Bandolero” is noticeably missing from his piece of the album, and what, no “Lick Shot” from Michael Palmer?? Small quibbles, yes. But it would have totally elevated this collection for me had they been included. Regardless, “Reggae Trio” is a very nice trip down memory lane. It’s harder and harder these days to find collections like this that match up similar artists and package the hits all in one offering. I for one, am grateful they did on this effort and applaud the attempt. Smash chunes by anyone’s measure, this album gets the head shaking furiously and elicits dreams of being in the dance, elbow to elbow, cold Red Stripes and spliffs thick enough to “feed” a small crew. Feel free to be your own selecta, and pull up as many times as you like!

Conclusion This album gets the head shaking furiously and elicits dreams of being in the dance.